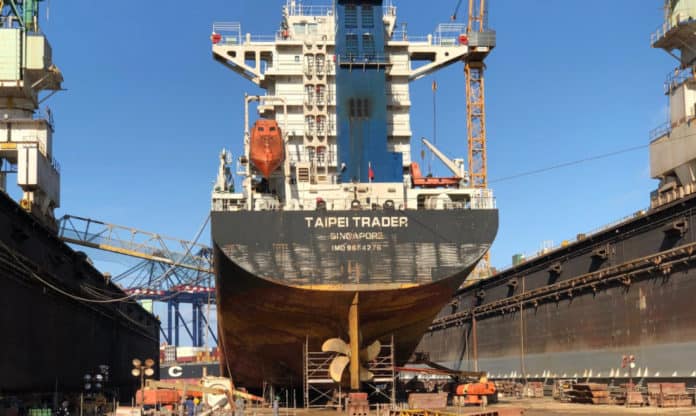 The first ship has dry-docked at the Grand Bahama Shipyard in Freeport, Bahamas after Hurricane Dorian.

The popular Grand Bahama Shipyard which is located just across from the cruise port in Freeport has dry-docked its first vessel sing Hurricane Dorian hit in early September.

Taipei Trader first docked at the yard on August 25 for a routine program including propulsion and thruster maintenance, and preparation of the hull for protective coating application. On August 30, in accordance with the shipyard’s hurricane procedures, the vessel had to be undocked and depart the shipyard due to the projected path of Hurricane Dorian.

“We are grateful to our dedicated team members at Grand Bahama Shipyard, whose hard work has made it possible for us to quickly resume dry-dock operations and continue to serve our important maritime clients.”

“This dry-dock is another important recovery milestone for the shipyard and the community, which will continue to see positive economic activity from the shipyard’s ongoing operations and resultant benefit to the island.”

Following the return and docking of Taipei Trader, Grand Bahama Shipyard resumed maintenance work and repairs on the ship, which are expected to be completed in October. Earlier this month, the shipyard also announced the return of the 57,062-ton Agathonissos owned by Greece-based Eletson, which is currently at the pier completing repair work started prior to the storm.

Planning remains on track for the next planned cruise ship dry-dock at the shipyard, Carnival Cruise Line’s Carnival Ecstasy, on October 5. 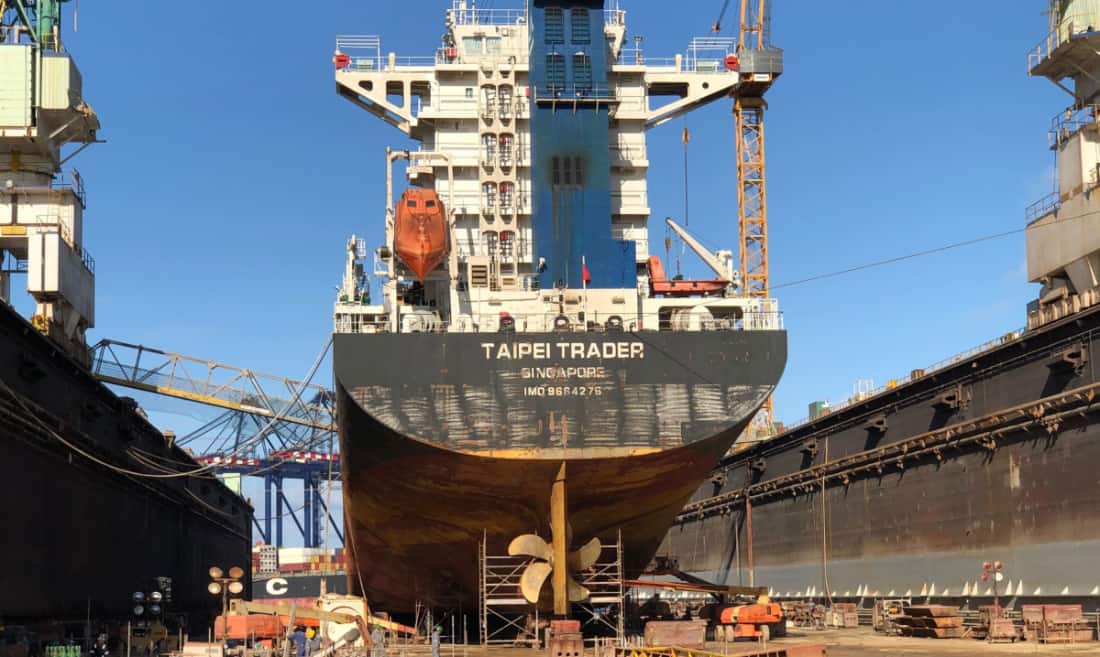