The first ever Quantum Ultra class cruise ship from Royal Caribbean has been christened and made its debut in China.

Spectrum of the Seas Christened!

Spectrum of the Seas which is the first Quantum Ultra class cruise ship has been christened in China after arriving for the very first time at the Wusongkou International Cruise Terminal in Shanghai.

On the same day the new vessel arrived at its new homeport in China a grand naming ceremony was held. Some of the biggest celebrities in the country attended including Royal Caribbean brand ambassadors, Xiaoming Huang and Angelababy who are the godparents of the new ship.

Cruise Hive readers can watch some brief highlights of the ceremony which took place onboard the new Royal Caribbean cruise ship:

“Royal Caribbean has always been known for innovating and pushing the boundaries and Spectrum of the Seas is a great example of this.”

“Spectrum brings to life the best of Royal Caribbean along with specifically designed and curated experiences for our Chinese consumers.”

Spectrum of the Seas which is an evolution of the Quantum class ships completed a 46-night Global Odyssey that spanned 17 cities. Now the vessel will begin cruising from its new homeport for the first time.

This will also be the chance to showcase all the new features including a two-level, 2,809-square-foot Ultimate Family Suite, a virtual reality bungee trampoline experience called SkyPad, Royal Caribbean’s first exclusive suites-only area and a brand-new restaurant named Sichuan Red which is a fleet first.

The 168,600 gross ton vessel is twenty percent larger than the Quantum class ships and does have an almost identical design. The ship will be sailing from Shanghai and then will reposition to Hong Kong starting in December 2019. Spectrum of the Seas has a guest capacity of over 4,200 at double occupancy is in the top ten largest cruise ships in the world. 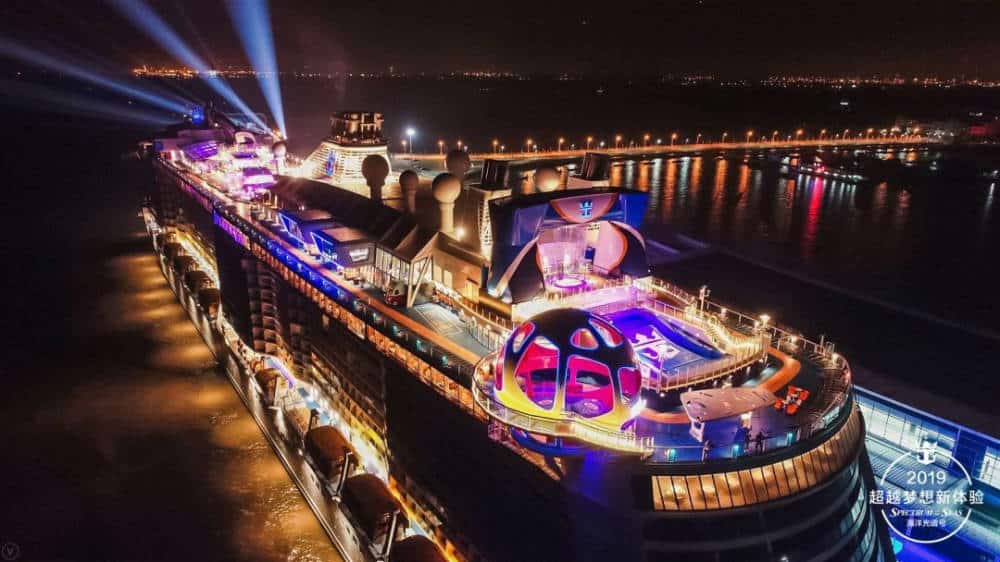