The first new cruise of 2017 has launched and celebrated its naming ceremony in Singapore on January 7, 2017.

The Seabourn Encore has arrived and has already set off on its first official voyage from Singapore. The ship celebrated a festive evening ceremony pier side at Marina Bay Cruise Center in Singapore, a key Asian shipping hub and popular homeport in southeast Asia for Carnival Corporation cruise ships.

The vessel was designed by hospitality design icon Adam D. Tihany and features contemporary interiors and modern design elements and innovations consistent with the line’s reputation for understated elegance. Tihany is also designing a second ship, Seabourn Ovation, which is currently under construction and scheduled to launch in spring 2018.

“The launch of Seabourn Encore marks the start of a new era of ultra-luxury cruising.”

“Seabourn Encore marks a major step forward in terms of growth for our company. This ship is stunningly beautiful and I know guests are going to be absolutely captivated as they step aboard and see it firsthand.”

Seabourn Encore will expand and build on the line’s award-winning Odyssey-class ships, which revolutionized ultra-luxury cruising with enhanced accommodations and innovative amenities when they were introduced between 2009 and 2011. The 40,350-gross ton ship is configured with one additional deck, expanded public areas and a private veranda for every suite.

The 600 passenger ultra-luxury cruise ship was delivered by Fincantieri to Sebourn at the Marghera shipyard in Italy in late December. The vessel will sail a series of cruises to Indonesia, Australia, and New Zealand before it begins transitioning towards Athens, Greece for the Summer season.

The ship is the first of two new class luxury ships for the cruise line, Seabourn Ovation is scheduled to be completed in Spring 2018. 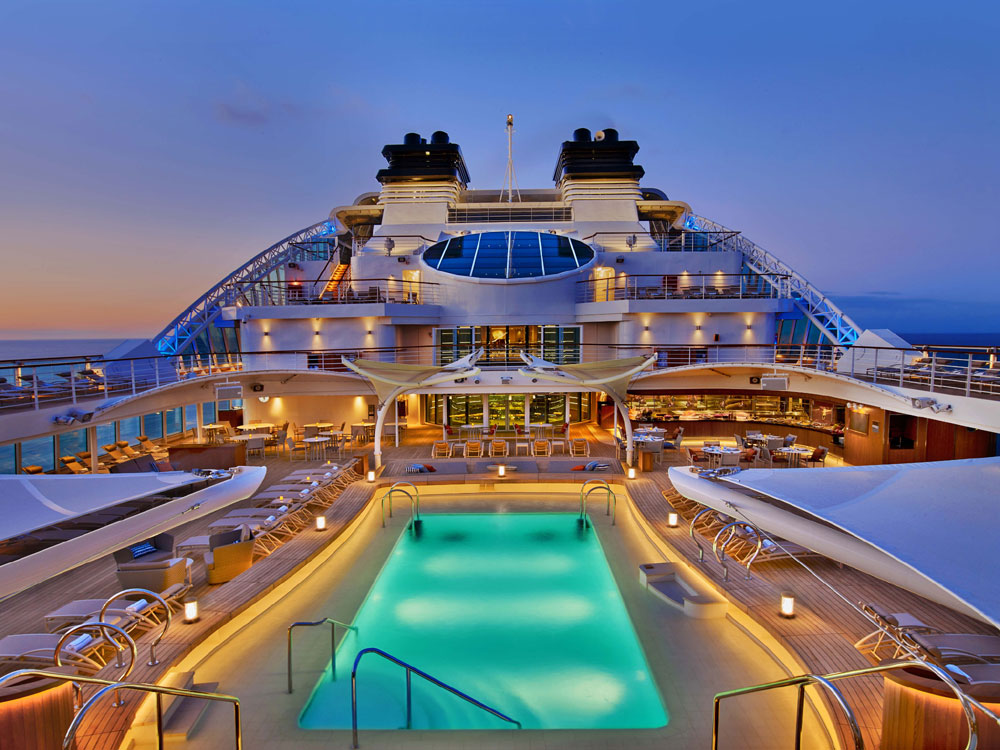