A First Look at the Coolest Cruise Line Headquarters!

Take a first look at the new Virgin Voayges headquarters based in Fort Lauderdale, Florida. From there the new cruise line will make waves throughout the industry with new class ships from 2020.

We often post about cruise ships and the companies behind them but not usually cruise line headquarters! We just couldn’t resist when we were sent photos from inside the new Virgin Voyages offices in Fort Lauderdale, Florida.

In a previous post, we reported about Virgin Voyages choosing the suburb of Plantation in Broward County, Florida and the new cruise line spaces are open where employees have already started getting familiar with since last week. The Virgin Voyages headquarters is a 60,000 square foot complex designed by IA Interior Architects and will employ a total of 300 staff. This is good news for the local region for jobs and putting Plantation on the map with a world known brand.

That’s enough build-up! We know you really want to view the clean minimalist modern offices of Virgin Voyages. Take a look at the photos below of the completed spaces and as you can see the staff are already feeling at home!

From these new spaces, Richard Branson Virgin Voyages will take the cruise industry by storm with new class ships and an onboard experience like no other cruise line. Virgin has ordered three cruise ships at 110,000 gross tons and the first of those is already under construction by Fincantieri at the Genoa shipyard.

Also Read: Take a Look at the First Ever Virgin Voyages Cruise Ship

The first Virgin cruise ship will enter service in 2020 and offer Caribbean cruises from PortMiami. With a passenger capacity of 2,700, the ship will be built for adults-only and they will all be serviced by 1,150 crew members. Virgin will be unveiling more details about the ship throughout the year so do keep a lookout on Cruise Hive. 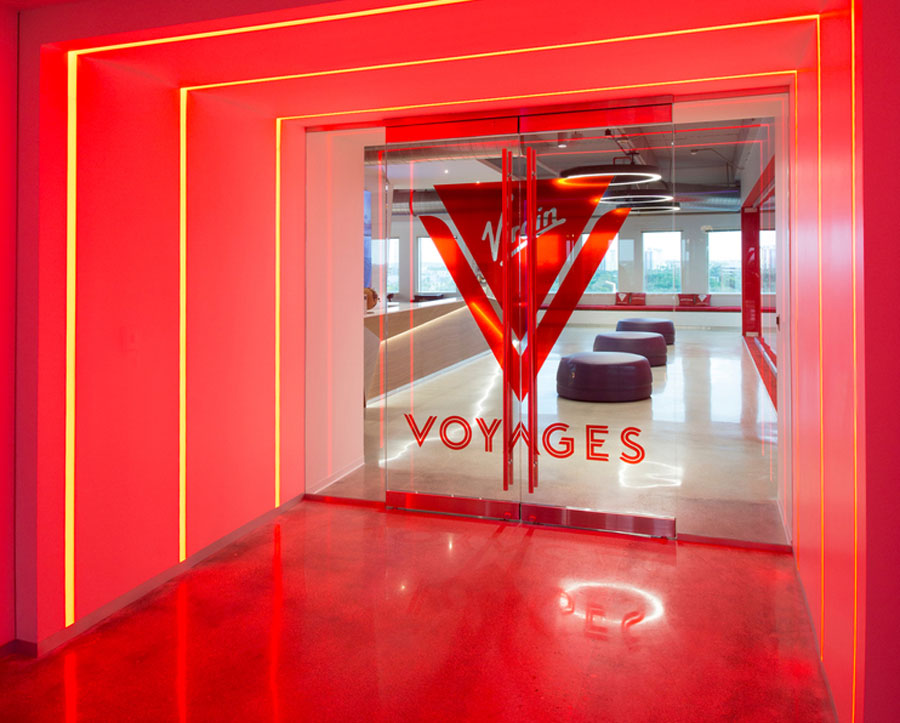