First Ever German Cruise Ship To Homeport In China

Carnival owned Aida Cruises has announced the Aidabella will be deployed to China from Spring 2017. It will be the first ever German cruise brand to sail from Shanghai, China.

The German based cruise line will send the Aidabella to sail from Shanghai China all year-round starting from Spring 2017. It will be the first time a German cruise ship has sailed year round from the port. Shanghai is fast becoming the new cruise capital of the world with cruise lines shifting ships to the region to take advantage of the fast growing market.

“AIDA would not be so successful today if we had not constantly ventured into new territory in the 20 years since we commissioned our first new ship. Now we are taking another important step. With AIDAbella, we are exporting our successful concept – “Made in Germany” – to China, the world’s strongest growing market for cruises. With our lifestyle-oriented and innovative product, we will be providing powerful momentum to the emerging Chinese vacation market and captivating completely new guest groups.”

Aida Cruises is mainly catered towards German passengers but will cater for Chinese passengers with the Aidabella. Chinese people love eating and gambling so we can expect more of a focus on those.

“The essence of our product, for which AIDA stands, will still be preserved. However, we have taken a very close look at what connects the Asian guest with Germany. What premium products does he or she prefer? What cultural differences, including those relating to consumption habits, do we need to keep in mind? Since we are part of Carnival Corporation’s Costa Group, which includes AIDA Cruises and Costa Cruises, our colleagues at Costa Asia will be supporting us with their know-how, particularly in the area of sales and human resources.”

The 69,200 gross ton AIDAbella is 826 feet long and 105 feet wide, has 1,025 staterooms, 457 of which are balcony staterooms and suites. The ship was christened by top model Eva Padberg on April 23, 2008. It will be ready for deployment in China when it goes to dry dock at the beginning of 2017. Aida cruise ships are known for featuring those popular big vivid eyes and lips on the hull. 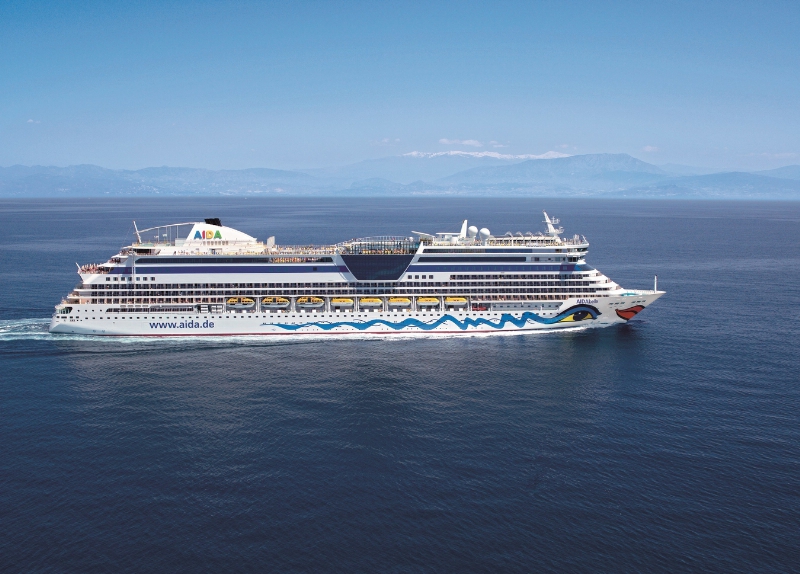