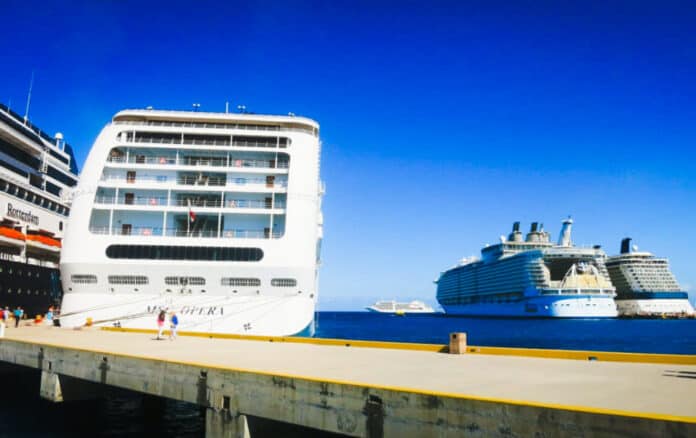 According to a paper published by analysts Paul Golding and Charles Yu at Macquarie Financial Services, reported by Barrons, it is unlikely that cruising would resume next month.

The report says that cruises will most likely only resume in March, despite what insiders in the industry are projecting. This is against the positive outlook that the CEO’s of Carnival Corporation and Royal Caribbean have been saying lately.

Arnold Donald, CEO of Carnival Corporation, believes there is every reason to believe that ships will be sailing before the end of the year. It is also important to note that the current CDC No-Sail order is through October 31, 2020.

Should the financial analysts be correct, then Royal Caribbean, Carnival Corp., and Norwegian Cruise Line Holdings will see another four months of no operations. In an industry currently burning through billions of dollars per month, it would put the cruise industry in a stranglehold.

Also Read: How to Speed Up Your Cruise Refund

False Start Could Have a Lasting Impact

The largest issue that the financial experts at Macquarie note is the possibility of a false start. While ships are relatively cheap to have at anchor, the amounts of money spent on ships to sail are enormous.

Cruise lines bringing in thousands of crew members to the ships, going through the process of testing and quarantining them, setting up and fuelling ships, and bringing ships up to standard to commence guest operations, is a process that costs billions of dollars.

While no one knows what the stance is of Joe Biden on the cruise industry, it would certainly be reasonable to think that President Trump will be less restrictive than Joe Biden if he were to be elected. Biden has made it no secret he plans to employ measures the Trump administration has not used. What this would mean for the cruise industry is entirely unsure.

“With the resurgence of cases across Europe, AIDA and Costa cruises are effectively stress tests for the industry,” the analysts note. “But even if these sailings continue without incident, we think regional health officials will still layer in restrictions if infections outstrip hospital capacity in these countries.”

So although the industry’s efforts count towards seeing if cruising is a possibility with COVID-19 raging around the globe, according to the analysts at Macquarie, it is all rather pointless.

And they seem to have a point here; there will come a point where a ship will have an outbreak. Will the local authorities let tourists on vacation take up valuable hospital beds? If not, the cruise industry will need to rethink their entire modus operandi during the pandemic radically.

As it stands, Royal Caribbean, Carnival, and Norwegian all continue to take bookings into 2021 and beyond. However with a limited capacity and if cruise ships remain on hold for even longer they could be forced to take more drastic actions.