Final Pieces Being Added To Harmony of the Seas

STX France are sorting out the final pieces of Harmony of the Seas as the ship is now almost ready to enter service. The world’s largest ship is currently in the final stages of construction at the shipyard in Saint-Nazaire, France.

All the different departments are now setting up their spaces and adding the final touches. To keep us all updated on one of the most anticipated new ship arrivals of the year Royal Caribbean has released a new video. In the video several spaces can be seen with a hive of activity, this is when Harmony of the Seas really becomes a cruise ship. The actual vessel construction is complete and just the interior venues are now starting to come alive.

You can watch the video by Royal Caribbean below:

Harmony of the Seas recently underwent sea trials just off the west coast of France. All was successful after many propulsion and maneuvering tests. The ship still has more sea trials to come to further test its sea worthiness.

Harmony of the Seas will be complete soon, with its first sailing from Southampton In May 2016. After a series of cruises from the British port the 227,000 gross ton vessel will sail Mediterranean cruises from Barcelona. Harmony of the Seas will head over the Atlantic ocean to its new home port in Fort Lauderdale, Florida for Caribbean cruises. The ship will be carrying 5,500 passengers and will have the tallest slide at sea along with many new experiences. 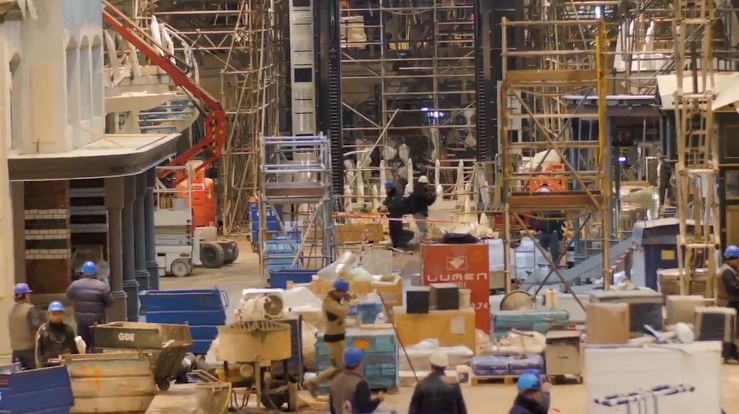