Royal Caribbean has announced that the fifth Oasis-class cruise ship will be named Wonder of the Seas and based out of China.

Wonder of the Seas to Sail from Asia

Royal Caribbean President and CEO Michael Bayley announced at the global cruise industry conference in Shanghai that the fifth Oasis-class vessel would be named Wonder of the Seas. She will be the largest cruise ship in the world!

“Royal Caribbean is known for its innovation and constantly pushing the boundaries of what’s possible, and an Oasis Class ship in China is proof of that.”

“Wonder of the Seas will redefine the ultimate vacation and be revolutionary in her own right, and she marks one of Royal Caribbean’s most exciting chapters to come.”

The giant cruise ship which will be at least 228,000 gross tons will sail from Shanghai, China once she enters service in 2021 as the new world’s largest cruise ship. Wonder of the Seas will be the first in her class to sail in Asia offering a new cruising experience for the market.

Construction of the vessel also reached a major milestone at the Chantiers de l’Atlantique shipyard in Saint-Nazaire, France. The ship’s keel was lowered into place at the yard which marks physical construction has started. A keel-laying ceremony was held as the 970-ton block was lifted into place with a 1,400-ton crane.

The cruise line currently has six cruise ships currently under construction or on order. Odyssey of the Seas will be the next new ship to join the fleet in 2020 and then followed by Wonder of the Seas in 2021.

Royal Caribbean will reveal further specific details about the cruise ship in the future such as specific itineraries and features. Cruise Hive will keep readers informed with all the latest. 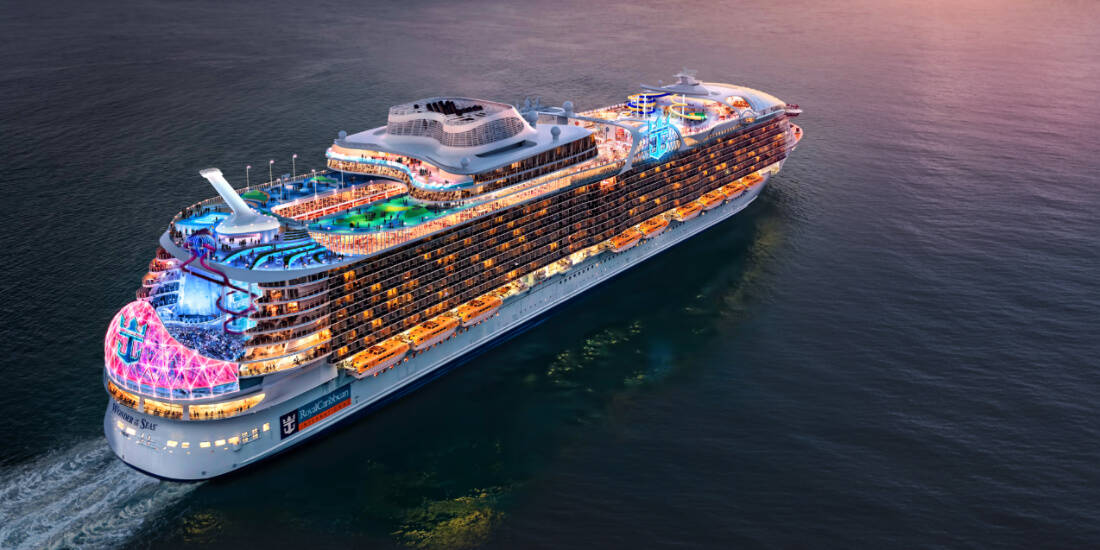