When we first saw a report on this we had to check to make sure it was real! This really did happen, a family was cruising on a Carnival cruise ship when the father came across a hidden camera in their stateroom.

We didn’t expect to be posting about this within the cruise industry but times are changing. Miami New Times has completed a post about a family who wishes to remain anonymous came across a hidden spy camera in their stateroom.

A couple and their young son from Panhandle were cruising on Carnival Fantasy in October. The husband was having some allergy issues with the dust in their stateroom. On the second day of the cruise, he decided to take some photos of the dust and at that time while checking the TV area he came across a device which looked to be a spy camera. The hidden device had a lense and cabling attached and was found to be mounted and directed towards the bed.

As expected the family was in utter shock and the ship’s security was called. As the family wants to protect their identity they went through Jim Walker from Cruise Law News in releasing the news and posting a video online.

The husband wasn’t too happy to see the security officer handle the hidden device with no gloves. A quote from the husband on the New Time site: “They said that it had probably been left there by a previous guest, but there was a layer of dust on top that had been there longer than just the previous guest.”

A statement from Carnival about the hidden spy camera:

“After review by the ship’s technicians, it was determined that device was not operational,” spokesman Vance Gulliksen says. “A full investigation was conducted by the shipboard team in tandem with Carnival’s shoreside security personnel, who also notified U.S. law enforcement.”

We’re pretty sure the family will no longer be cruising with Carnival. We really would like to know who put that camera there and why but we’ll probably never know. they were lucky that the device wasn’t operational so nothing had been transmitted. The family has not been compensated in any way by the cruise line and nothing else has come from this since happening in October.

Carnival Fantasy is based out of Mobile, Alabama and operates 5-night Western Caribbean cruises year-round. The ship can carry over 2,000 guests at double occupancy. 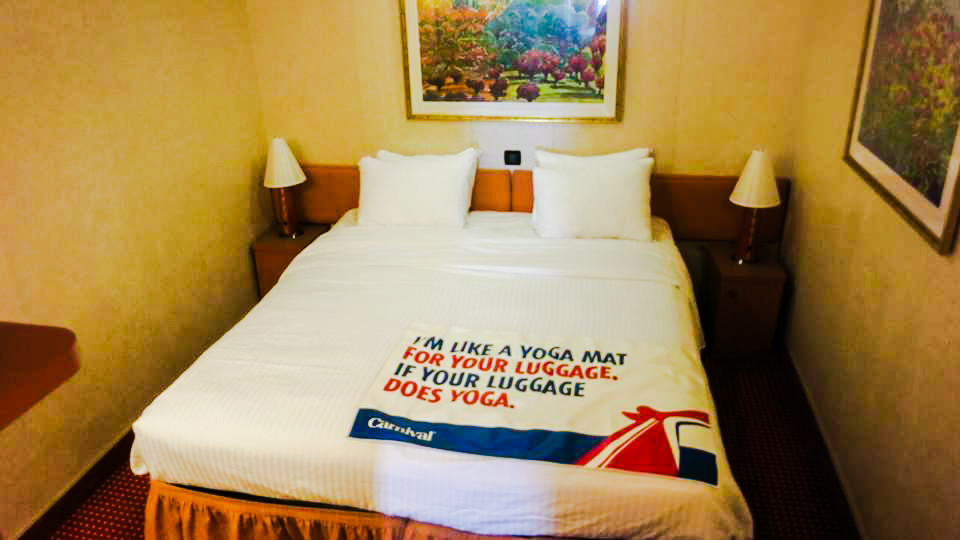