While the cruise industry waits for a decision on when cruising can resume, the White House and CDC are being asked to elaborate on allegations they may have intervened in the Centers for Disease Control decision-making process.

The Chair of the House Subcommittee on Coast Guard and Maritime Transportation, Sean Patrick Maloney, has now requested additional documentation from the CDC after it was reported that the White House had interfered with the CDC’s decision to extend the No Sail Order.

According to widely publicized publications, the Trump administration intervened last month when Dr. Robert Redfield of the CDC wanted to extend the current no sail order to February 2021. Subsequently, the No Sail Order had been put back to an extension of only one month through October 31, 2020.

Maloney: “Cruise ships continue to be an unsafe environment.”

“These ships shouldn’t leave port until we know passengers and crew will be safe, and the ships won’t again become global vectors of disease.”

The representative also elaborated on the alleged interference and questions the subjectivity of the CDC:

“However, I am worried about impairments to the independence of the CDC’s science-based and unbiased public health advice based on reported interference from the White House and political leadership at the U.S. Department of Health and Human Services (HHS) as well as pressure from the cruise line industry.”

“I was alarmed to read recent press reports that allege the CDC wanted to extend the No Sail Order to February 15, 2021, but after intervention by the White House, the extension was shortened to October 31, 2020.”

The representative did not elaborate on how the pressure would have been applied to Dr. Redfield and the CDC, or whether it was a decision made solely by him, yet in consideration of a struggling industry.

Have the Cruise Lines Ended up In Political Issues?

While it is not surprising that an investigation into the matter has followed, this is standard practice, it is worrying for the cruise lines that they have now seemed to have ended up in a political issue.

A political issue where the representative paints a very bleak picture of the cruise industry and disregards the policies and procedures that have been put in place for a healthy and safe return to cruising.

In his statement, the Chair mentions instances where people contracted COVID-19 onboard ships yet fails to mention that all these cases occurred before an adequate response was possible, and without the information available now on the disease.

Is it really unsafe to sail?

As it stands today, cruise lines operate safely and at less capacity yet successfully from European ports. The CLIA, Cruise Lines International Association, and the major cruise lines have put together various new procedures that have been proven incredibly successful already.

Also Read: Will Mandatory Testing Be a Turn Off for Cruise Passengers?

There is no chance that the cruise industry will have a zero percent infection rate throughout all voyages and all ships that ordinarily sail from the U.S.

However, with the new policies and procedures that are in place, everyone that wants to sail should be able to be reasonably safe, with testing for all passengers and crew the risk of infection will be small to non-existent.

As it stands, the letter and statements made by Representative Malone should be taken in the context in which they are written, the upcoming elections.

Related: CDC No Sail Order Officially Extended But There’s More to This

The representative said about cruising today: “Cruise ships should not sail until passengers and crew will be safe and the ships won’t again become global vectors of disease”. While in May 2020 Representative Maloney called cruise ships: “A care-free escape from reality where passengers can dine, dance, relax, and mingle.” 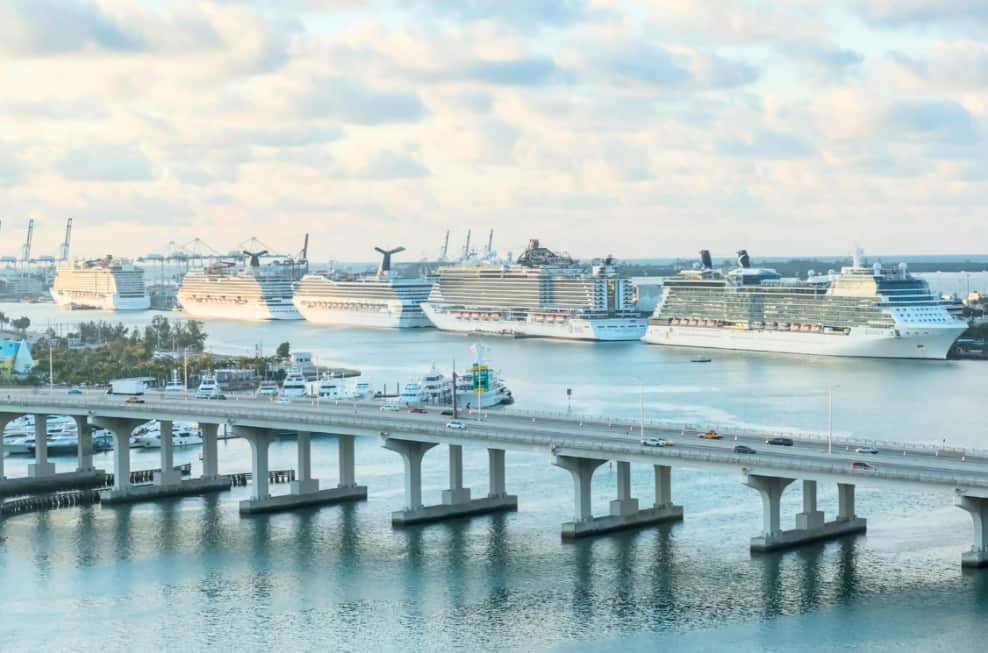