Everything You Need to Know About Marella Cruises

Mutterings of Marella Cruises have been in the pipeline for a while now, and the TUI Group is finally ready to share exactly what’s in store for the brand. Currently sailing to 120 destinations, Thomson Cruises is changing to Marella Cruises and will be undergoing major expansions in the process. Here’s everything you need to know about the latest shift in the cruising world.

The name ‘Marella’ has a deeper meaning

The new name is no accident – ‘Marella’ actually means ‘shining sea’ in Celtic. It’s a nod to Marella’s spirit of exploration and discovery, and is particularly apt for a fleet of ships spending the majority of their time out at sea.

The Marella change isn’t the only one happening over at Thomson headquarters – it’s actually part of a larger rebrand which will see travel giant Thomson re-brand to TUI towards the end of October.

The choice to not follow suit and change Thomson Cruises to TUI Cruises comes as TUI Cruises is already an established cruise brand within the European market, currently operating with its Mein Schiff fleet.

Cruisers will still have access to the same exceptional service and modern ships, alongside the opportunity to purchase cruises across a number of online carriers offering exclusive deals, including the likes of CruiseDeals.co.uk. Cruise enthusiasts will also still have the option to expand their holiday on either end with TUI’s Cruise & Stay programme.

The line will be broadening their routes

In addition to the new name, Marella Cruises is also widening its routes. New itineraries look set to include a number of destinations within Asia and the Middle East, with winter 2018 routes officially being launched October 26th. In total, there will be 22 new itineraries available and 20 new ports of call. For the first time in TUI’s history, two ships will also be based in the Caribbean for the winter 2018 season.

New itineraries offered by Marella Cruises include Colours of the Far East, which departs from Bangkok, and the Enchanting Far East, which leaves from Langkawi in Malaysia. Along the way, ships will port at destinations such as Vietnam, India, Cambodia, Singapore, Sri Lanka, the United Arab Emirates and Oman.

Another new feature coming with the Marella rebrand is the line’s addition of new adult-only itineraries. Marella Discovery will feature 14 of these new itineraries, stopping at 18 new ports and adding yet another facet to its already well-rounded cruise line.

Ship names are changing, too

Last but not least, the Marella Cruises fleet will see their own name change. There are currently five ships in operation – Marella Discovery, Marella Discovery 2, Marella Dream, Marella Celebration and Spirit, which won’t change names because she’s leaving the fleet next summer.

Marella Explorer, which is presently operating as Mein Schiff 1, will start sailing in summer 2018, while Mein Schiff will join the Marella ranks in 2019. Thomson Majesty will keep her name until 26th November.

Marella Cruises looks set to make serious waves in the industry over the coming months – and for very good reason. With a push to move further into the luxury market, the once-named Thomson Cruises fleet promises a more memorable cruising experience than ever before. 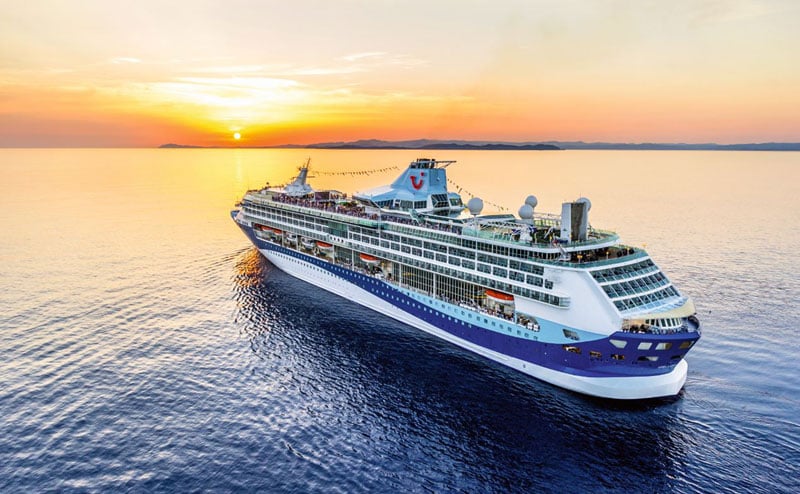