Cruise Hive has now received a statement from Royal Caribbean on the fire that broke out in the Splendour of the Seas engine room. Some guests were evacuated from their staterooms as a precaution.

On October 22, 2015, as Splendour of the Seas was at sea in route to Argostoli, Greece, the ship experienced a fire in one of its two engine rooms.  The ship’s fire suppression system was activated, which contained and extinguished the fire.  However, in an abundance of caution, it was deemed necessary to evacuate some guests from their stateroom.  The ship is currently sailing towards Venice, Italy, and all systems are functioning.

Splendour of the Seas is currently on a seven-night sailing that departed Venice, Italy, on Saturday, October 17, and includes port calls to Kotor, Montenegro; Corfu, Greece; Athens, Greece; Mykonos, Greece and Argostoli, Greece.

A minor fire broke out this morning onboard Splendour of the Seas which is operated by Royal Caribbean. The cruise line posted on Twitter that the 70,000 gross ton cruise ship fire broke out in the ship’s engine room and thankfully it went no further. The fire was contained and extinguished with 1 guest and 19 crew members treated for smoke inhalation.

#SplendourOfTheSeas experienced a fire this morning in 1 of its engine rooms.Fire was contained & extinguished, all systems are functioning.

Royal Caribbean has posted that the engine room fire has not made any major damage and all onboard services are functioning normally. The port of Argostoli (Kefallinia), Greece has been cancelled and instead the ship will sail to its homeport in Venice, Italy.

#SplendouroftheSeas update: Ship will bypass call to Argostoli and proceed to next scheduled stop in Venice.

The ship is sailing a 7-night Greek isles cruise which departed Venice, Italy on October 17. Splendour of the Seas can carry 1,800 passengers at double occupancy and was built in 1996.

Cruise Hive has contacted Royal Caribbean and will update this post once we get a response. 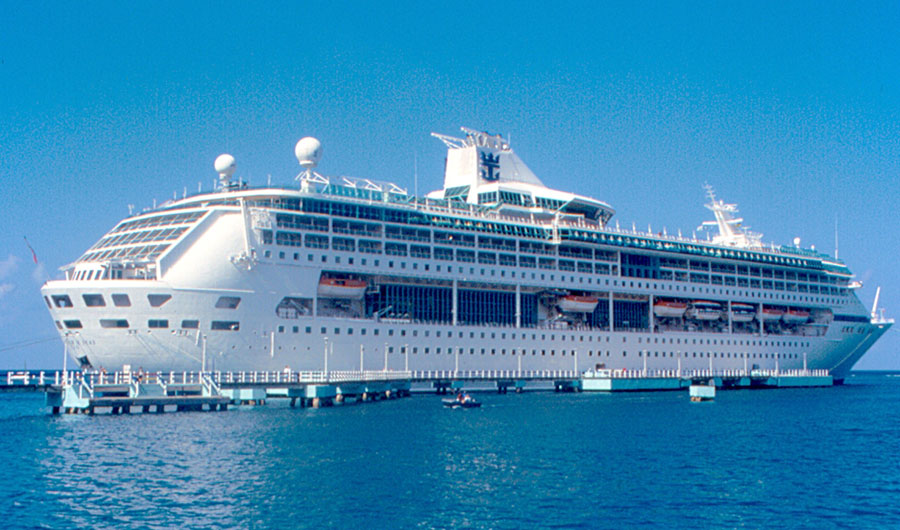