The Carnival Liberty has got more problems this cruise due to ongoing bow thrusters issue and strong winds. The vessel docked in Progreso yesterday but before the ship was set to depart at around 4pm there were strong winds of at least 30 knots.

Carnival has informed Cruise Hive that the Carnival Liberty would not have been able to safely depart Progreso even if the bow thrusters were functioning normally. Two tug boats were available in Progreso but the strong winds kept pushing the ship back towards the pier. Any vessel sailing through the channel that leads up to the port would not have been able to do so.

Due to the high winds the captain decided to spend an overnight in Progreso. In a letter to guests it says not even the tugs would be able to help the Carnival Liberty depart safely. Carnival has confirmed the bow thrusters are currently being worked on. The good news is the gangway remained open so guests and crew have been able to get on and off until 7 this morning.

You can read the full letter below which was provided to Cruise Hive from a crew member: 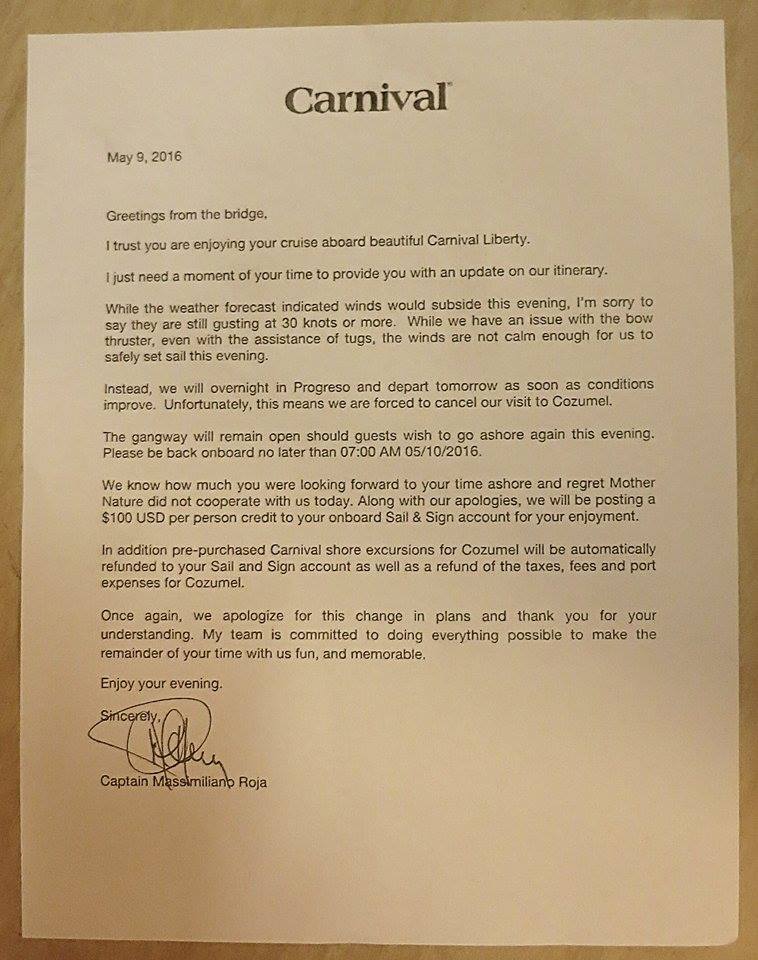 As a result of the extended stay in Progreso, Carnival has been forced to cancel the port of call at Cozumel, Mexico today (May 10). It does now seem the Carnival Liberty will just sail towards its home port of Galveston, Texas where it’s scheduled to arrive on May 12 but we will still have to confirm this.

Carnival Cruise line apologized for the inconvenience and gave all guests a $100 onboard credit which can be used for the remainder of the voyage. Any purchased shore excursions as well as Cozumel expenses including taxes will be refunded. Carnival Liberty is currently sailing a 5-night Western Caribbean cruise. 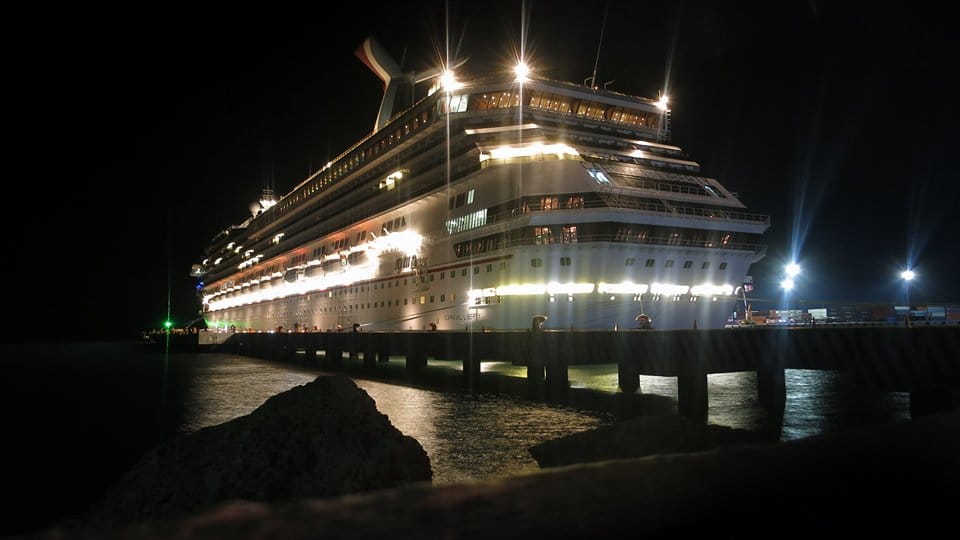