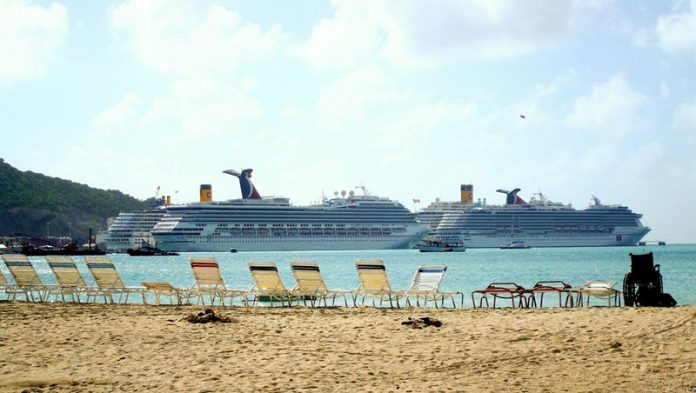 As Hurricane Irma causes major damage across the region many cruisers on upcoming sailings could be thinking they are not affected, think again.

There are some major cruise destinations in the Eastern Caribbean which have been hit by the major category 5 Hurricane. On some islands, the damage has been so bad it will take weeks to recover and possibly even months. Some major cruise ports in the Caribbean are set to be out of order for some time as authorities begin rebuilding and putting back together services and needs.

Barbuda located in the Eastern Leeward Islands has been devastated by Hurricane Irma as seen in the footage below when Irma arrived early on Wednesday, September 6 and destroyed around 90 percent of everything:

One popular cruise destination which has already been hit was St. Marteen. Irma reached the island almost head on and sadly there has been a lot of damage. Even if the port is intact and safe for cruise ships to dock in Philipsburg there would not be any services up and running with damage to vendors, ferry tenders, and beaches. Many cruise locations hit by Irma could possibly be the same depending on the Hurricane track.

Just take a look at the damage done to the Honky Tonk bar near the beach in Philipsburg St. Marteen which is just across from the cruise ship port:

It really depends on where exactly the strongest parts of Hurricane Irma hits. Some Caribbean islands get the full brunt at the eye wall and even well-built structures struggle to stay standing.

When it comes to cruise ports local coast guards and authorities will need to assess and if the damage is done it may take time to fix. We can expect further revised sailings over next days and weeks and the cruise lines will keep those on upcoming cruises updated on the latest developments.

Hurricane Irma will be felt for months after it passes as these stunning Caribbean cruise destinations to their best to rebuild and start welcoming cruise passengers once again.

Do keep track of all cruise ship being impacted by Hurricane Irma right here.