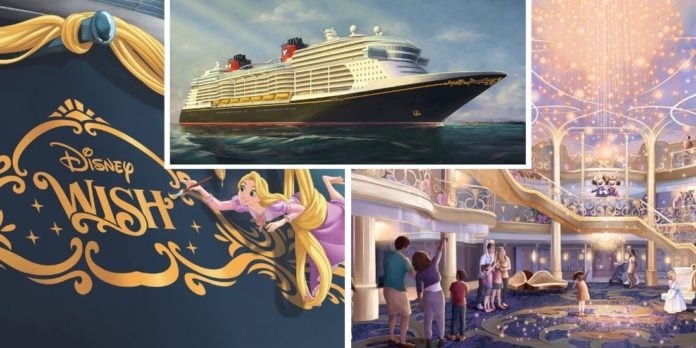 Disney Wish will be the name of Disney Cruise Line’s next new cruise ship which will begin cruises in early 2022.

During the D23 Expo today, Disney revealed the name of its fifth cruise ship as Disney Wish. To go along with the new name the cruise line also released a new rendering of what the main three-story atrium will look like.

“Each Disney Cruise Line ship is unique, with a name that embodies the excitement of sailing with Disney and the power of our stories. The new ships will have the experiences our guests love, as well as all-new magic.”

The ship’s stern will feature Rapunzel which continues the tradition of different characters being featured on every Disney cruise ship. Rapunzel will set the theme for the new vessel as the most advanced in the fleet a powered by Liquified Natural Gas (LNG).

Once the ship is completed she will be 144,000 gross tons and have a total of 1,250 guest cabins. The cruise line has ordered three of these ships from Meyer Werft in Germany and the other two sister ships will arrive in 2022 and 2023. Disney Wish will be delivered in late 2021.

During the same event, the cruise line also revealed the first look at its future private destination in the Bahamas, take a look here. 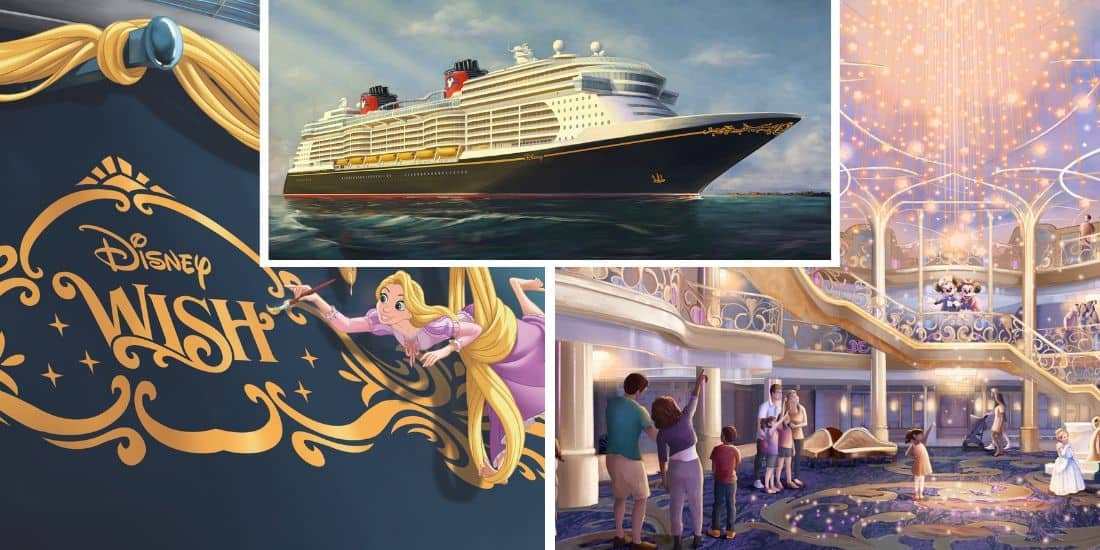