The Disney Magic has been involved in a rescue after spotting a small boat of refugees.

The cruise ship which is operated by Disney Cruise Lines came to the rescue of a small boat which was full refugees off the Italian coast today. According to reports, the crew of Disney Magic spotted a flare which was launched by the refugees and the large vessel altered course immediately.

Local Italian authorities were contacted and the Disney Magic waited at the scene until the Coast Guard arrived around 4 hours later. many passengers onboard have been posting what they saw on social media:

Italian coast guard has arrived to rescue the people on the boat! Everyone cheering and those on the boat yelling thank you to people of Disney cruise! Very emotional moment.

As we are enjoying our breakfast, rescue situation in the Mediterranean Sea on the Disney Magic.

Disney magic is currently on a 10-night Mediterranean cruise and at the time of spotting the stranded refugees, the ship was sailing towards Palma De Mallorca, Spain where it is scheduled to arrive on time on Sunday, August 6. The itinerary will end at the ship’s homeport in Barcelona pain on Monday, August 7.

Disney Magic is an 83,400 gross ton vessel and can carry over 1,900 guests at double occupancy. 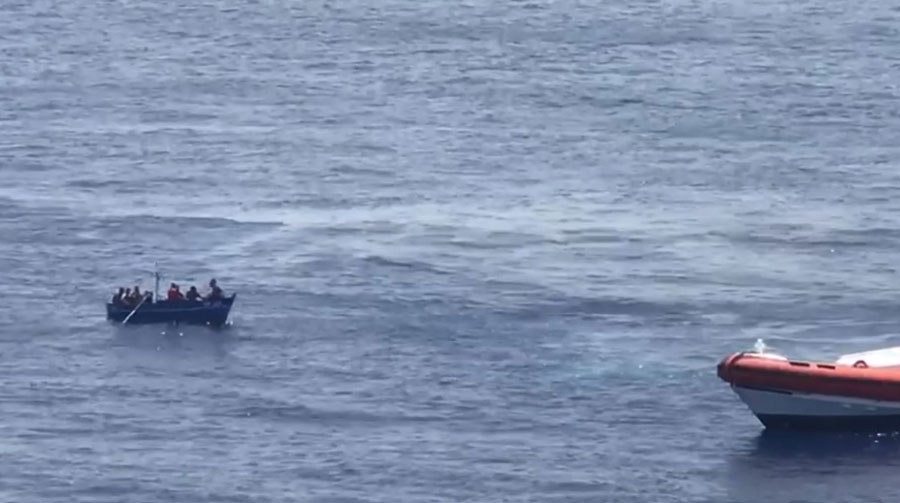