What a busy week of cruise news it was! We saw even further extensions on the pause on operations from cruise lines.
Read more

Great news for cruisers who like to cruising with Disney Cruise Line or are planning on a cruise with the popular company. Disney will be making a return to Hawaii, the west coast and Galveston towards the end of 2015.

To book your Hawaii cruise you will have to be quick as the cruise line is only offering two 10 day sailings in September 2015. The first cruise departing Vancouver on September 7th 2015 will make port stops at Hilo (Hawaii Island); Nawiliwili (Kauai); Kahului (Maui) and then finally ending in Honolulu (Oahu. The second cruise will depart Honolulu on  September 17th 2015 and making stops at Kahului (Maui); Hilo (Hawaii Island); Nawiliwili (Kauai) and ending in Vancouver.

In November the Disney Wonder will be sailing a range of cruises from Galveston, Texas from November 2015. The ship will be setting sail on seven-night cruises departing on Nov. 13, 20, 27, Dec. 4, 11 and 28 which will be a New Years cruise. The itinerary includes Key West; Nassau, Bahamas and Disney’s private island, Castaway Cay.

There will be a one time seven-night cruise departing Galveston on November 6th which will sail around the Western Caribbean. This voyage will make stops at visit Cozumel, Mexico; Grand Cayman, Cayman Islands and Falmouth, Jamaica.

The Disney Wonder will be offering voyages from San Diego on the west coast. The ship will offer a range of cruise starting with a five-night voyage on October 4th 2015 and then again on the 11th and 18th. there will also be a three-night cruise on October 1st and a two-night cruise departing on October 9th and 16th.

Disney Cruise Line will be offering cruises from popular Florida ports including Port Canaveral where Disney has it;s very own dedicated Terminal and Miami which is one of the world busiest cruise ports. 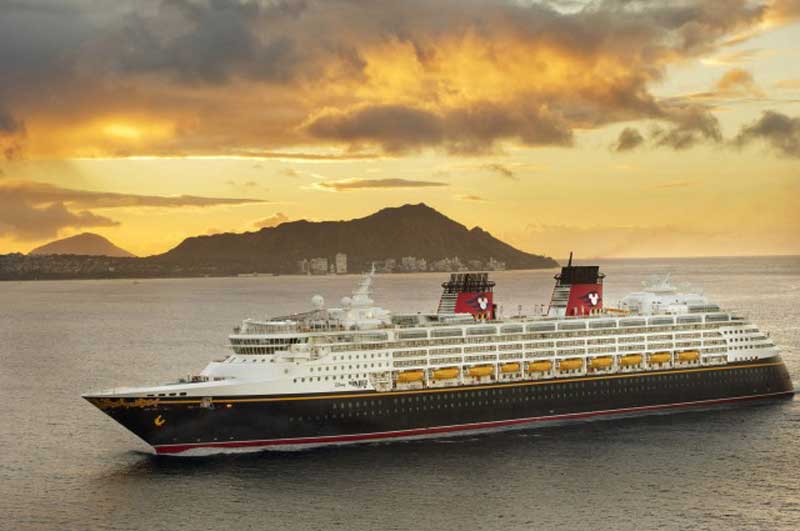