Did SeaDream Not Take the Pandemic Seriously Enough?

Seadream’s Caribbean cruise was heralded as the second coming of cruising on small ships. With extremely tight procedures pre-cruise, the line was confident that cruising on the small 112-passenger vessel could be done with minimal intrusions. Were they wrong?

Passengers onboard Seadream 1 were not wearing masks. Passengers specifically booked the voyage not to have to wear masks. After four days into the voyage, the company suddenly implemented masks mandatory rules shipwide. Why so sudden? What happened during that day that mandated this move?

Social distancing was in effect on board, but according to reports coming from the vessel, it was a relatively relaxed attitude onboard. Not only that, as The Points Guy points out, the cruise allowed passengers to relax in a way that comes almost as a shock at first. Did Seadream not take the pandemic seriously enough?

So SeaDream is Clearly to Blame for This Fiasco?

Well… No. SeaDream is a company that has done more than 21 voyages along the Norwegian coast this summer. The company has made more voyages than any other cruise line out there.

Every crew member on board is certified for the WHO’s Infection Prevention and Control (IPC) for novel coronavirus course and the COVID-19 Contact tracing course from Johns Hopkins University.

Each guest, before boarding, was required to do two separate Covid-19 tests. The measures that SeaDream has taken onboard go far beyond what the CDC or European ShipSan require cruise ships to do.

Whether the cruise line is to blame or there is something else that has gone wrong in the process that was implemented will indeed be investigated. What can be said is this:

Was SeaDream wrong to think they could start cruising?

No, with 21 successful and COVID-free voyages under their belt, the line was superbly positioned to be the first one to cruise in the Caribbean. Not only that, the small size of the vessel only decreased risks further.

Did SeaDream take unnecessary risks because of a financial need?

Again no. Because SeaDream has been cruising throughout the pandemic, the company can be expected to be one of the few companies in good health. Not only that, it has created a system that has proven to work for months and months now.

Why did the company all of a sudden create the mask rule onboard?

Hard to answer as we are not privy to what has been discussed internally. However, we can make an educated guess. Gene Sloan from The Points Guy, a blog with substantial reach worldwide, is on board and has been actively writing about the voyage to date.

Did SeaDream get cold feet? Or was there a possible positive test already at this point? Hard to say. It could be a decision to increase measures onboard due to the increasing cases worldwide, which is what the letter onboard stated.

Did SeaDream not take the pandemic seriously enough?

A cruise is supposed to be relaxing. A cruise on a ship like SeaDream 1 is the pinnacle of relaxation. So to say that the guests, or crew, were too relaxed seems silly. SeaDream, as we said before, has gone above and beyond on their measures.

The fact that five or six people got infected onboard is a severe issue. It should not have happened. Yet it did. The only thing the infections prove is that until we have a vaccine rolled out worldwide, we will see infections pop up onboard cruise ships, no matter the measures.

Also Read: How to Social Distance Effectively on a Cruise?

This is the question that we should ask. Do we want a cruise industry and be able to go on a cruise? If yes, then we should accept that these things will happen. Any further speculation will only fuel the fire of those calling for a full shutdown of an industry we all love. 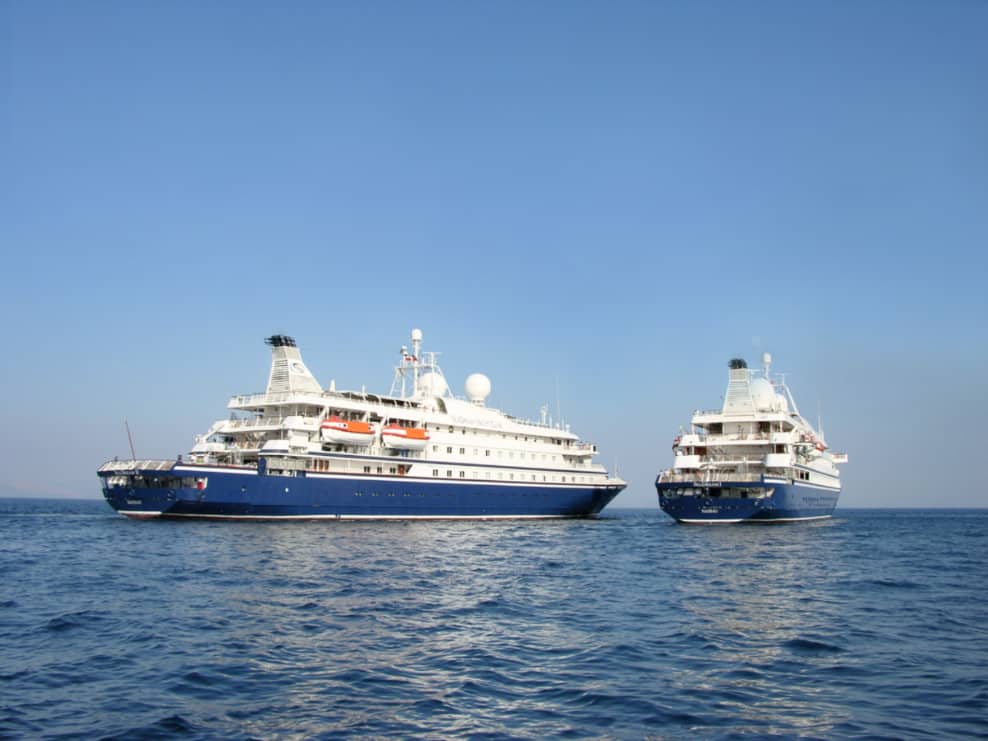