Celebrity Cruises has revealed what we really wanted to know about the upcoming Celebrity Edge cruise ship, a new generation vessel coming in 2018.

The cruise line has revealed further details on Celebrity Edge, a new class cruise ship which is currently under construction. The vessel looks like it will be very popular with a new way of using current design technologies and opening up onboard spaces to the ocean. Some new renderings were also released but we’re still waiting for an external rendering of the ship which will likely be revealed in the future.

The details were revealed at an event at Miami’s Innovation Lab which was also streamed live. If you missed it you can watch below:

Thanks to a design breakthrough the new Edge Stateroom with Infinite Veranda will turn guest quarters into a seamless space, from the room’s door all the way to the water’s edge. The new staterooms will have 23 percent more square footage and 10 percent larger bathrooms than Celebrity’s Solstice Class. They will be modern where guests can also control many aspects of the stateroom to personalise the experience.

The Retreat will be the ultimate sanctuary including the sundeck, lounge and butler service. There will also be an exclusive Suite Class restaurant called Luminae @ The Retreat. The new experience will offer luxury at its very best on the high seas.

The Rooftop Garden is the perfect place for guests to enjoy games and activities through the day. At night, it is home to live music and the outdoor movie-and-meal pairing of “A Taste of Film.”

Celebrity Edge will be based out of Fort Lauderdale, Florida with the first cruise departing Port Everglades on December 16, 2018. The ship will have a passenger capacity of 2,918 at 117,000 gross tons. There are three more Edge Class ships on order coming in 2020, 2021 and 2022. 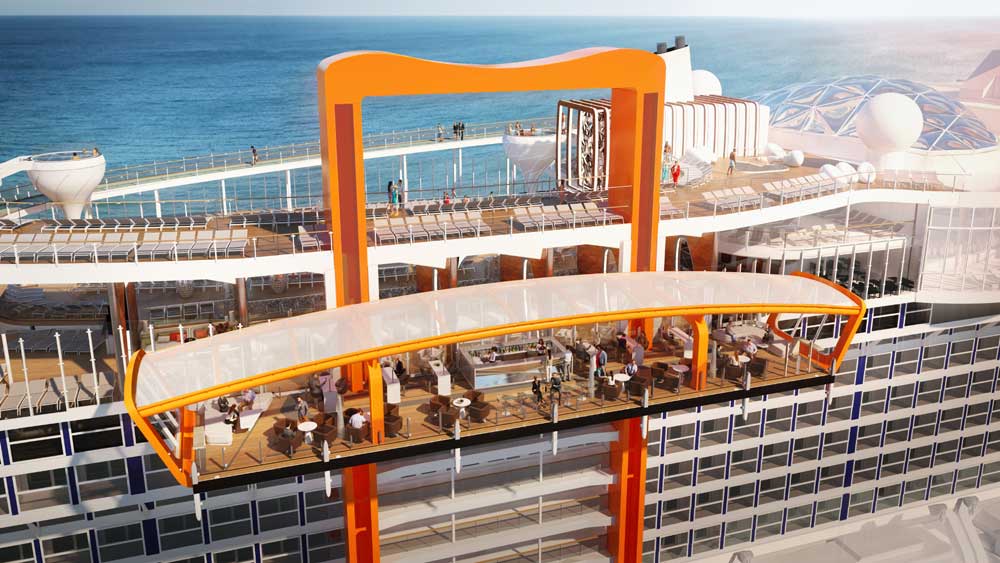