A whale carcass has been found lodged on the bulbous bow of a cruise ship when it arrived in Ketchikan, Alaska.

The large Grand Princess cruise ship which is operated by Princess Cruises was arriving into Ketchikan on Wednesday morning when a carcass of a humpback whale was found to be lodged on the ships bulbous bow. The bulbous bow is usually submerged just under the water line and helps the water flow around the hull.

It is not known how the whale got onto the bulbous bow and if the sea mammal was already dead. Princess Cruises have released the following statement:

“It is unknown how or when this happened as the ship felt no impact,” he said in a statement. “It is also unknown, at this time, whether the whale was alive or already deceased before becoming lodged on the bow.”

The NOAA Office of Law Enforcement in Alaska is now investigating the dead humpback and has already taken steps to remove the carcass from the cruise ship. The office released the following statement yesterday, August 9:

NOAA’s Office of Law Enforcement is investigating the death of a humpback whale that was brought into the port of Ketchikan, Alaska this morning.

At this time, NOAA Fisheries is coordinating to have the whale carcass towed to a nearby location suitable for a necropsy to determine the cause of death.

As this is an open and ongoing investigation, we are not able to provide any additional information at this time.

Grand Princess is currently on a 10-night Alaska cruise which departed San Fransic, California on August 6. When it called in Ketchikan with the dead whale it was the first port of call of the voyage and still has scheduled calls in Skagway, Tracy Arm Fjord, and Victoria. The 2,600 passenger vessel will arrive back at its home port on August 16. 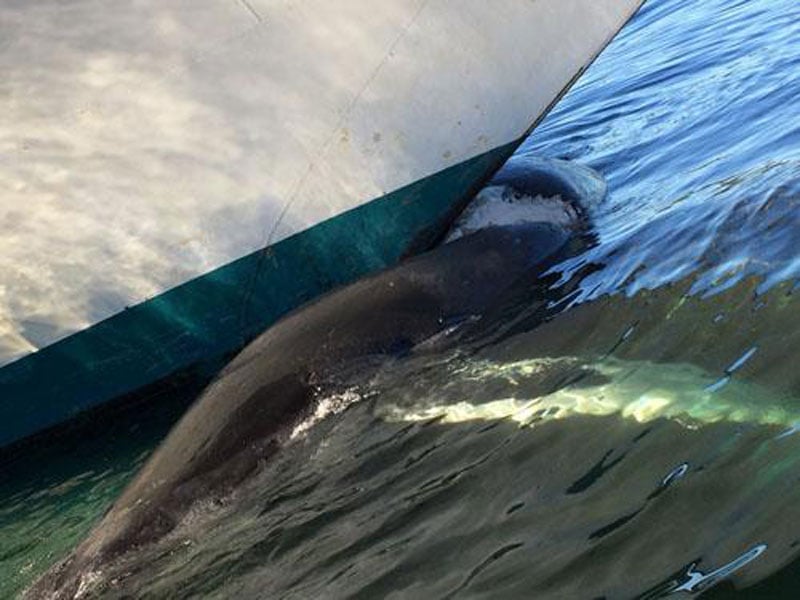