New social networking cruise app Cruisetouch has arrived and now anyone interested in cruising can use it.

Cruisetouch is new cruise social app which just launched on Saturday, November 11, 2017. The new App which is based in Sydney, Australia is set to take the industry by storm and offer a wide range of features not just to those down under but also to cruisers around the world.

Cruisetouch offers a modern and simplistic feel which makes it easy and simple for users to enjoy. Even though the App has only just launched it already offers cruise countdowns, a personal cruising news feed, daily automatic cruising discussions, cruise forums, custom user profiles and a list of upcoming cruises.

As Cruisetouch develops and new releases come out a ton of new features and experiences will be added and we’re really impressed at what’s planned for the future. Still to come is a more intuitive onboard event system, price alerts, weather notifications, interactive deck plans, menus & onboard pricing, cruising chat, solo buddy matcher, cabin reviews, hot deals and a lot more.

2018 will become the year of new features from Cruisetouch with the incorporation of cruise deals, ability to book cruise tours and interactive 3D deck plans. With the cruise industry growing every year Cruisetouch will the first stop for many people who love cruising.

The people behind the new app are cruise enthusiasts just like us! 17-year old Lachlan Andrews and Liam Maher who both thought up of the idea to bring Cruisetouch to reality. The co-founders mission with Cruisetouch is “to connect and empower cruisers around the world” and we have no doubt that it will be a huge success.

As we already mentioned the app will add a lot more features in the future. The engineering team will be pushing out something new every Friday for the foreseeable future. It is also important to note that Cruisetouch is totally free.

Cruisetouch is currently available in the Google Play store for Android devices and the Apple Store for IOS devices. Cruisetouch will also be working great for the web on desktops and laptops in early 2018. 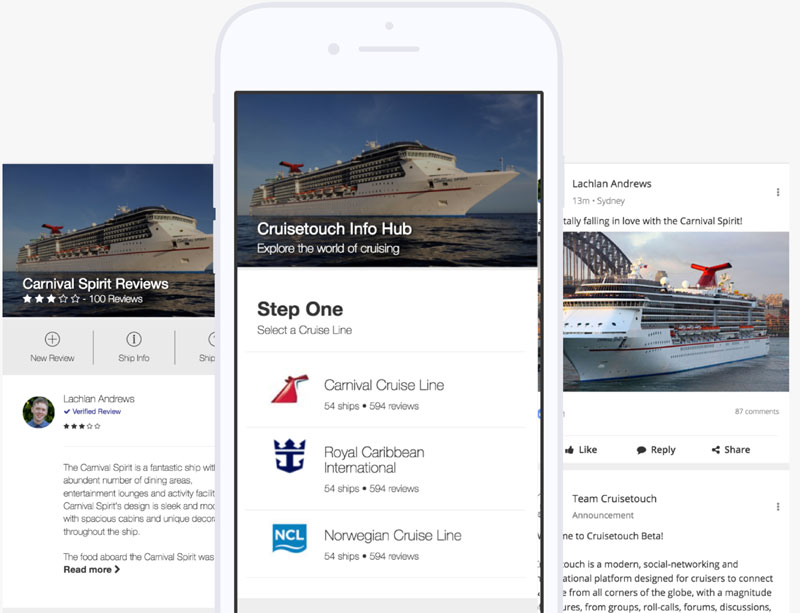