Carnival Cruise Line has removed all April cruises from its website, and cruisers are getting worried. We do not yet know what this means, but we all know what came next the last time this was done for previous months!

On Thursday, Carnival Cruise Line removed all of its April cruises from the website and booking engine. It is important to know that nothing has yet been announced or confirmed. We’ve also noticed that the Carnival cancellation page is also being updated as the list of ships has been removed.

The cruise line has currently suspended operations through March 2021. Still, with other major cruise lines already extending their pause until May at the earliest, it could be a possibility that Carnival will follow.

Once one major cruise line extends, it’s often the case of others to follow. On Thursday morning, April cruises were coming up, but they were all suddenly removed later in the day. Many cruisers have noticed the removal, and many are now worried that their cruise could be cancelled.

Should We Really Be Worried?

Things have changed with the new Biden administration taking over, a new director for the Centers for Disease Control and Prevention (CDC), the pandemic numbers still going up and cruise ports remaining closed.

Carnival is currently showing cruises from May. It could just be some testing or that those sailings have been booked up but that’s unlikely.

The last time the cruise line removed a month of sailings it not long after, announced a further suspension. Royal Caribbean has already extended its pause until May 2021 and Norwegian Cruise Line has also done the same just days ago.

There is still no sign of any test sailings, and everything right now seems to be on hold and waiting to see what the CDC wants to do next. Carnival is still preparing to get the crew back to some ships and working on new health protocols, but that’s all the cruise line can do at this stage.

What About Mardi Gras in April?

Carnival’s new mega-ship Mardi Gras was scheduled to debut out of Port Canaveral, Florida, on April 24, 2021. It’s not yet known if that will still go ahead. The LNG-powered vessel has already gone through several delays, and a new round will surely disappoint many guests.

According to the official site, the first Mardi Gras sailing is showing as May 29, 2021, a 7-day Western Caribbean itinerary with calls to Cozumel, Costa Maya, and Mahogany Bay.

The ship is currently docked in Barcelona, Spain for supplies and refueling. No specific date has yet been released on when she will arrive in the United States. For now, just like everyone else she remains on hold and awaits what’s to come.

Hang in There if You Can!

So hang tight everyone and stay calm as nothing has yet been announced. The fun will eventually return and we’ve waited this long already! 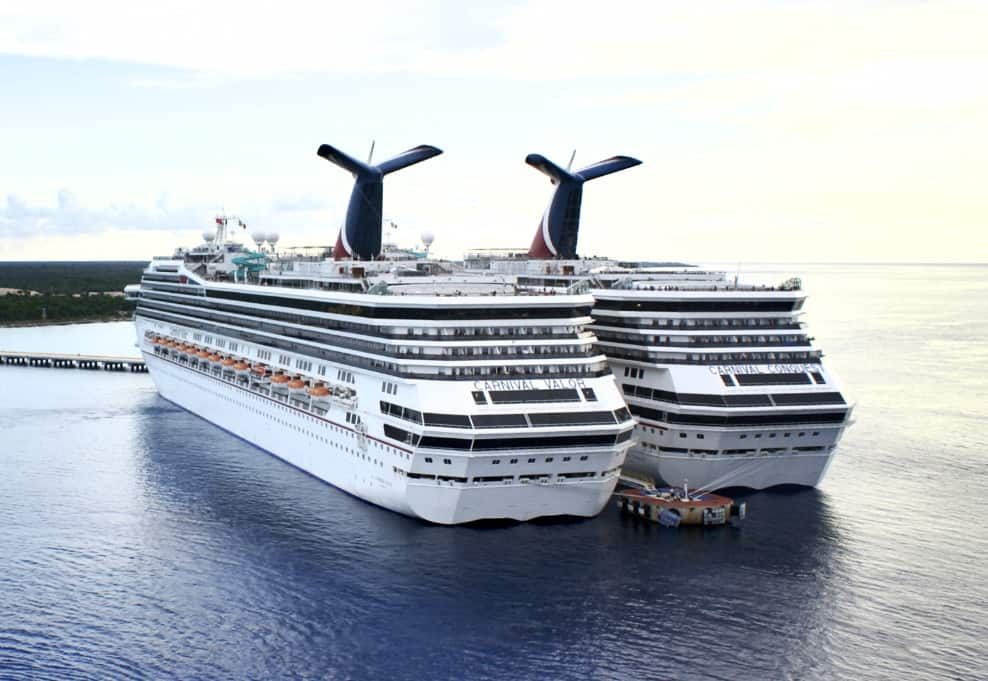