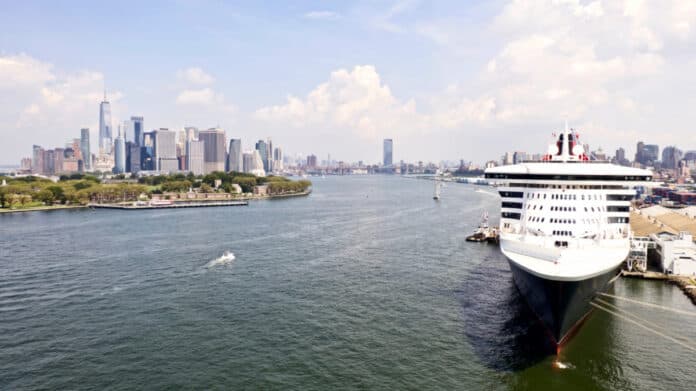 It has been announced that a cruise terminal in New York City is to be converted into a hospital for those infected with the coronavirus (COVID-19).

Brooklyn Cruise Terminal to be Used as Hospital

Governor Andrew M. Cuomo of New York announced the Brooklyn Cruise Terminal will be converted into a hospital to help the city cope with the coronavirus pandemic. The terminal was chosen to be used by the Army Corp of Engineers along with three other sites.

The other three sites which they plan on using are the Aqueduct Racetrack facility in Queens, CUNY Staten Island, and the New York Expo Center located in the Bronx. The four facilities will be in addition to the first temporary hospital for those infected with the coronavirus. The Jacob K. Javits Convention Center already is set up with a 1,000-bed capacity to help deal with the pandemic.

The governor has asked President Donald Trump to use the sites as soon as possible. Approval will be needed before they are converted and could begin accepting patients.

The Brooklyn Cruise Terminal is not currently being used by any cruise ships as all the cruise lines have suspended cruises for at least 30 days. Before everything shut down the terminal was being used by Norwegian Cruise Line, Cunard Line, Princess Cruises, Holland America Line, and MSC Cruises. However, only a handful of vessels often used it, including the iconic Queen Mary 2.

The facility offers 182,000 square feet of space that can be used to cater to those with COVID-19, including supply storage or any other urgent usage needed by the Army Corp of Engineers.

New York state and New York City in particular has been hit hard by the virus and according to Johns Hopkins University, there are currently more than 25,500 confirmed cases of COVID-19 and more than 360 deaths in the region. Overall the United States now has the most infections in the world at over 150,000 cases.