Major cruise shipyards are starting to slowly open up again to continue work on huge cruise ships already under construction.

As the cruise industry comes to just about a complete pause there is hope within one area of the sector and that’s cruise ship construction. Fincantieri which is a major shipbuilder in Italy and the Chantiers de l’Atlantique shipyard in France will both be softly getting back to business which includes the construction on some new cruise ships.

According to a report, Fincantieri is gradually bringing operations back and so far only a limited number of workers have returned depending on the shipyards that the company owns.

The shipbuilder has implemented strict rules to keep workers safe and not spread the virus. Social distancing will remain at all times, temperature checks at the entrance to yards, medical teams, and more. Fincantieri is also providing a pack of 20 masks per week to each worker.

Fincantieri and all its eight shipyards have been closed since March 16 due to the pandemic which hit Italy hard. The country is among the largest impacted by COVID-19 and according to John Hopkins University currently has 189,973 confirmed infections and sadly 25,549 deaths.

Worth Reading: 6 Ways The Cruise Industry Will Make a Comeback

The Italian shipbuilder has a total of nine cruise vessel scheduled for delivery from now until the end of 2021. Some of the ships are Enchanted Princess for Princess Cruises, Costa Firenze for Costa Cruises and Ryndam for Holland America Line.

The popular Chantiers de l’Atlantique shipyard which is located in Saint-Nazaire, France is also opening gradually as the country starts to release the lockdown in stages. Operations will begin from April 27 with limited workers and following health procedures. The shipyard has three new cruise ships scheduled for delivery from now through the end of 2021 including Celebrity Beyond, Wonder of the Seas, and MSC Virtuosa.

France has also been heavily hit by the deadly coronavirus and currently has 157,135 confirmed cases and over 21,000 deaths.

For those wondering about the Meyer Werft shipyard in Papenburg, Germany, work has continuned in a limited capacity and a sa result one of the new large cruise ships for British-based P&O Cruises has been delayed.

As European countries begin to get control of the pandemic we should soon start seeing more workers get back to work including contractors and designers which are essential into keeping operations going. 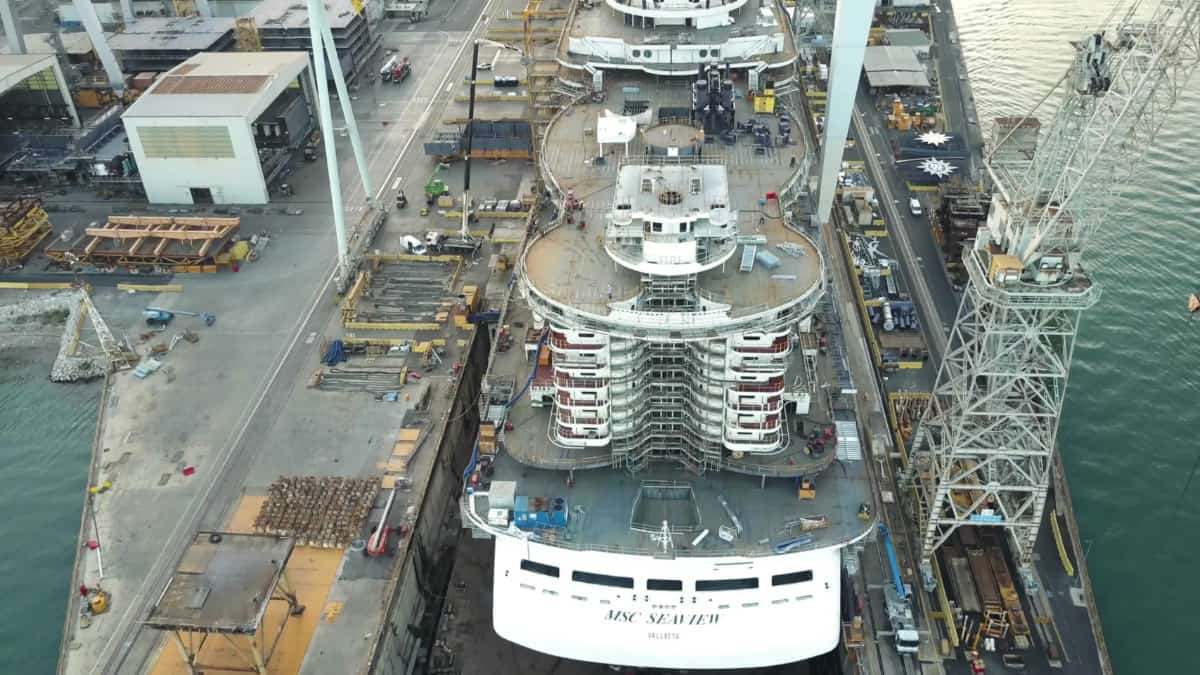