Which Cruise Ships Are Impacted by Tropical Storm Harvey

Tropical Storm Harvey is causing massive disruption across the state of Texas and as the storm is gearing up to hit land again here are all the cruise ships currently impacted.

Tropical Storm Harvey will go down as one of the worst in recent times and since first arriving at the Texas coast late Friday night has kept lingering around causing major flooding, heavy rainfall and forcing Port of Galveston to close to all shipping until further notice.

The cruise industry has been affected but so far limited to only Carnival Cruise Line and Royal Caribbean. Take a look below to see which cruise ships are impacted due to the storm and the closure of Port of Galveston.

The ships August 26 sailing from Port of Galveston has been canceled. As of writing this the next scheduled sailing on September 2 is still to go ahead but if the port stays closed then this will change.

The ship is docking in New Orleans within the coming days to pick up essential supplies for those guests who have chosen to stay on board from the original sailing which started on August 19. The vessel will then stay out at sea until Galveston re-opens where Carnival Freedom will then dock at the earliest possible time.

Carnival Valor has been the most impacted ship with the August 26 & 31 sailings from Port of Galveston canceled. With no sign of the port re-opening Carnival Cruise Line has been forced to simply wait until it does.

After a short stay in New Orleans for supplies, the ship will wait out at sea with guests who have chosen to stay onboard. The next scheduled departure from Galveston is September 4 which is expected to go ahead.

Before we get to the next two cruise ships take a look at the video below which was posted by Franklin Rusty Carnes. This is just how bad Galveston is right now:

Carnival Breeze had an extended stay in Cozumel on its August 20 sailing from Galveston. Sadly Harvey is still around and Galveston shut down so the ship has been forced to dock in New Orleans briefly and then head back out at sea to wait until the port opens again just like Carnival Freedom and Carnival Valor.

The ships August 27 sailing has been canceled and the cruise line has not yet decided on the September 3 sailing and it also really depends on Port of Galveston opening back up to shipping by that time.

Liberty of the Seas

Liberty of the Seas is the only cruise ship in the Royal Caribbean fleet which has been impacted by Tropical Storm Harvey. The ships August 27 sailing from Galveston has been canceled but the cruise line is feeling optimistic for its next cruise scheduled to depart the port on September 3.

The large vessel was diverted to Port Miami where she will arrive today. The cruise line is expecting the ship to return to Galveston by September 1 ready for its next sailing. Of course, all this depends on when the port reopens.

The storm which was previously a major hurricane has become a major disaster in Texas with flooding and heavy rainfall. The Tropical Storm has maximum sustained winds of 45 MPH and after a brief time off the coast will once again hit the coastline and head even closer to Port of Galveston and further inland. 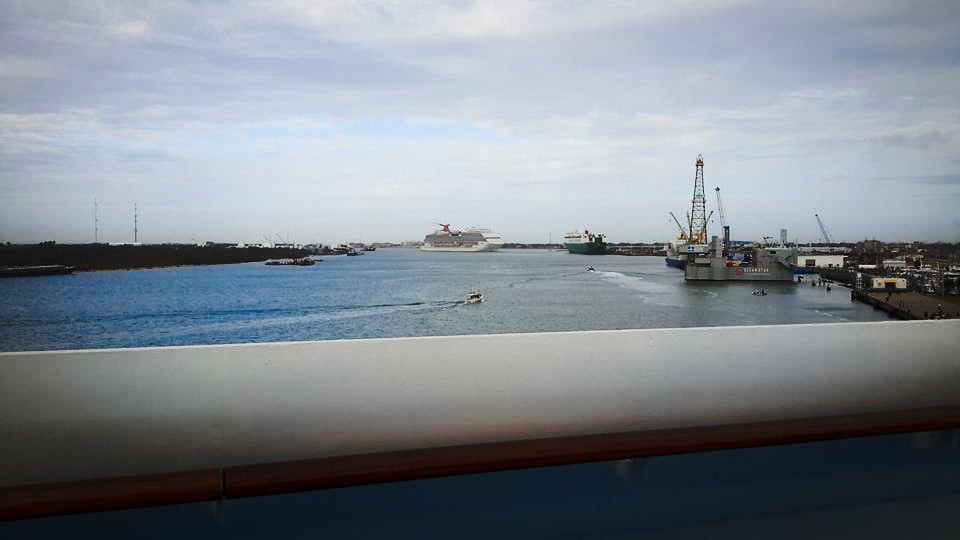