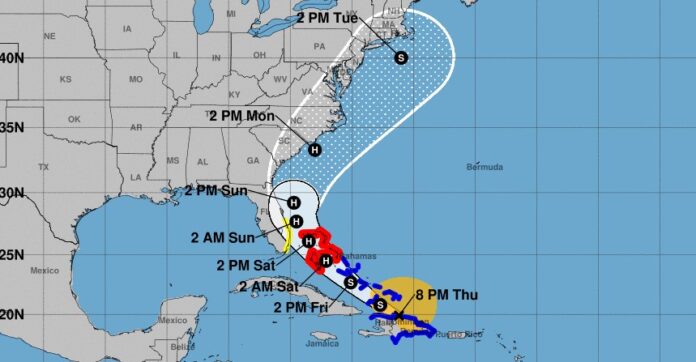 Tropical Storm Isaias is heading for the Bahamas and the Florida east coast as cruise ships head for calmer waters.

Tropical Storm Isaias is heading across the eastern Caribbean and towards the Bahamas and even though cruise lines have suspended operations, cruise ships will still need to move out of the way to remain safe.

Since cruise line suspended operations many cruise ships have been anchored in the Bahamas near private islands and popular ports such as Freeport and Nassau. Many vessels have also been off the coast of Florida near major homeports such as PortMiami, Port Everglades, and Port Canaveral.

Currently, on the cruise ship tracker, there are more than 15 vessels moving away from the storm’s path. Some ships are heading to the Yucatan Peninsular and others are heading to Cuba where they will likely stay anchored until the storm passes through the Bahamas and the Florida east coast.

According to the National Hurricane Center (NOAA), Tropical Storm Isaias is located just on the north coast of the Dominican Republic. The storm is moving northwest at 20 MPH and will start to impact the Bahamas on Friday. Isaias will continue northwest and then up along the Florida east coast according to the latest tracking.

If the cruise industry was not on pause it would be a much worrying situation with thousands of cruise passengers onboard ships and itinerates being altered to make way for the storm. However, do just spare a thought for those essential crew members who remain onboard working hard and away from their home countries. Global health crises and now Hurricane season is a hard thing to deal with while at sea.

Tropical Storm Isaias currently has maximum sustained winds of 60 MPH and the storm is set to become a category 1 Hurricane early on Saturday. There are already Hurricane warnings for the northwestern Bahamas and a Tropical Storm Watch is in effect for the east coast of Florida.

The U.S. Coast Guard has reported that ports in the U.S. Virgin Islands and Puerto Rico have reopened now that Isaias has passed those areas. Port of Key West, Port of Miami and Port of Tampa are all in condition X-ray which means tropical storm force winds are expected and large cruise ships should make plans to leave. 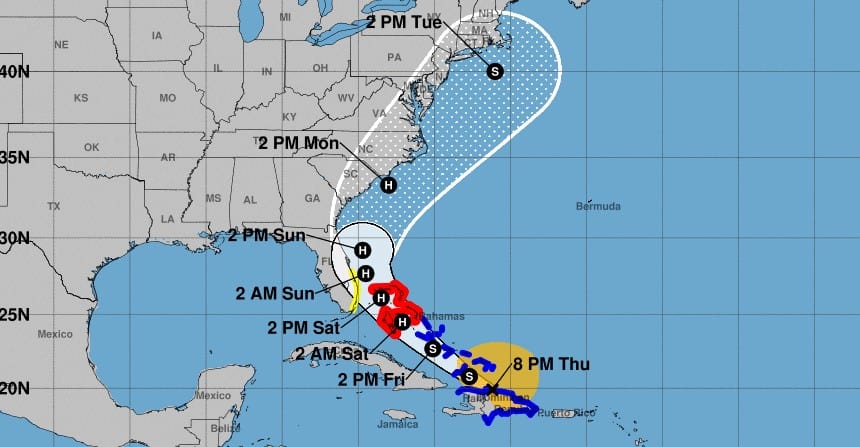