Cruise Ships Are Departing Port Miami, Watch Them All Live

For the first time ever, we’re bringing an exclusive live stream partnership to Cruise Hive readers. Thanks to Miami Drone Flights you can spend some time watching all the cruise ships in PortMiami depart live. The live stream will begin at 4:30 PM EST, just watch above.

In this live stream, we’ll be able to enjoy a busy day at PortMiami with a total of seven ships in for the day. Ships docked in port for the day are Carnival Vista, Norwegian Getaway, Carnival Splendor, Disney Magic, Navigator of the Seas, Fathom’s Adonia and Seven Seas Explorer. We’ll likely get some fantastic views of some of the most popular ships in the region, especially the new Carnival Vista which only began sailing from Miami in November 2016.

I have learned more about the capabilities of the device.  The stream is smoothest when I keep the drone within ¾ of a mile.  I intend to keep the drone actually very close.  The intent is not to have a journey, but to get as close as I can to the passenger decks and film the actual passengers as they their enjoy departure.

The wind is very light (At this moment) I have to take advantage of that when there is light breeze.  If that holds out, close follows at the Western End.  The Vista was there, and I think was having engine issues, but It left Yesterday.  The Splendor will need to turn around.  In addition, I’ll will be able to choose from: Norwegian Getaway, Disney Magic, Navigator of the Seas.  The Adonia is parked, It’s much smaller.

Magic and Nav OTS are parked at far western end.  They would be most likely targets.   Sky is forecast to be Scattered Clouds and the setting sun against Skyline will be attractive.  Ideally, I want a ship thrusting out or turning around.  Then a zoom in on the decks.

You can follow the ships live as they turn and head out to begin their Caribbean itineraries. The ships are carrying brand new passengers who will enjoy all the stunning sights of Miami as the ship departs.

The live stream will be done using a drone which will fly as close as possible to the ships, we might even be able to get a wave from the guests onboard! The battery is limited so who knows what we’ll capture. If you m missed the live broadcast you can simply watch the footage above again. 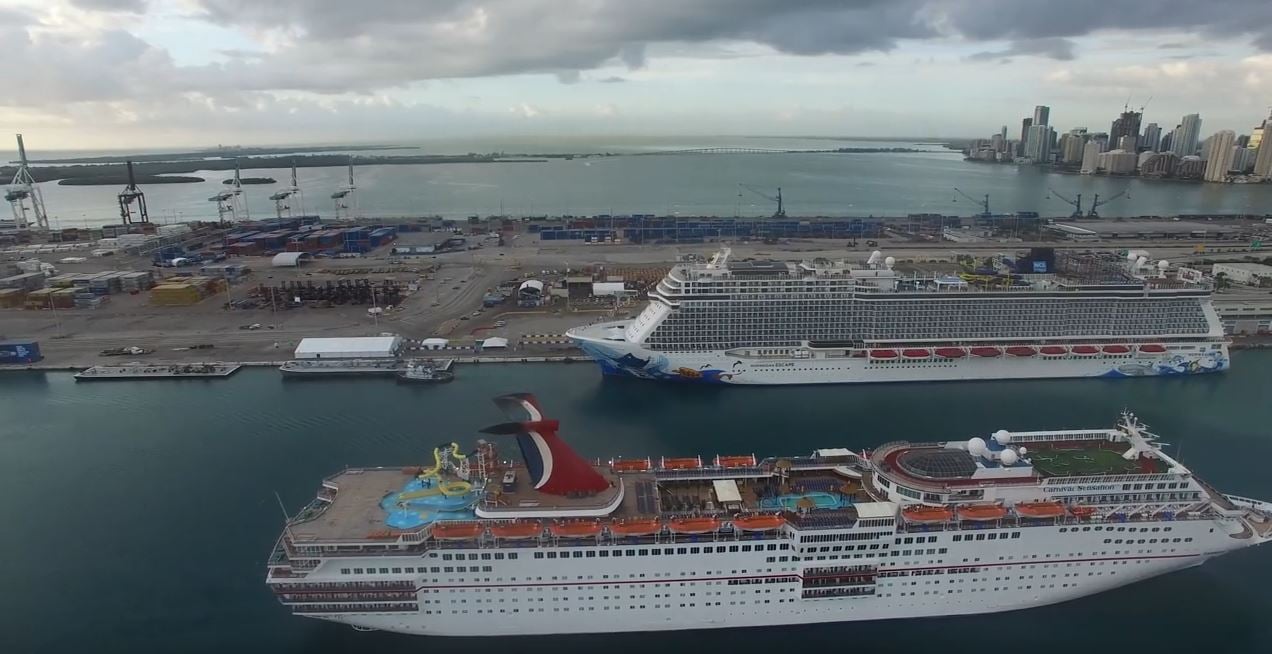