Norwegian Epic which crashed into the pier at the San Juan port will now have a delayed arrival back to its homeport of Port Canaveral, Florida. The next scheduled cruise will also depart on another day with a revised itinerary.

What a week it has been for Norwegian Epic! It all started when the ship had engine issues which resulted in power failures onboard. As a result, the ship canceled the scheduled ports of call at Tortola on February 12 and St. Thomas on February 13 during its current February 9 sailing.

The ship got diverted to San Juan Puerto Rico on February 12 for urgent repair work. As the ship was trying to dock at pier 3 east it slammed into two mooring sections and totally destroyed them along with slight damage to the hull.

Norwegian Epic did eventually depart San Juan but unfortunately, the cruise line also had to cancel the scheduled call to Gret Stirrup Cay in the Bahamas too. You can watch the entire footage below:

As Norwegian Epic is now sailing straight back to Port Canaveral more bad news was announced today by the ship captain. According to many guests on the current voyage, the NCL ship won’t arrive back to its homeport in Florida until 8:00 PM on Saturday, February 16. The ship was originally set to arrive in the morning and have regular embarkation and disembarkation times.

Dan – I am on the Epic as we speak. We will not be getting into Port Canaveral until at least 8pm tomorrow night. I am sorry they are keeping you in the dark that is real time from the CAPTAIN

The delay arriving back also has a knock on effect for the next scheduled February 16 seven-night Eastern Caribbean sailing which we now know won;t go ahead as normal. The delay is causing anger amongst guests who are now trying to make alternative travel arrangements.

Social media has been active with many tweeting of their annoyance regarding the entire situation. The guest services desk has huge lines as passengers want answers and are changing travel arrangments.

Due to her late arrival, Norwegian Epic’s upcoming February 16 Western Caribbean sailing has been modified to a five-day sailing, departing Monday, February 18. Norwegian Epic will call on Nassau & Great Stirrup Cay in the Bahamas.

We will issue a 50% refund on the cruise fare paid & a 50% future cruise credit. We will also cover airline change fees up to $300 per person & hotel change fees up to $250 per stateroom. If guests choose not to sail this week, a full refund will be processed instead.

Guests will be free to disembark on either Saturday or Sunday, and they will receive a 100% future cruise credit. We are incredibly thankful for our guests’ understanding and appreciate their support and patience throughout this sailing.

The impact for the next departure on Saturday has been changed to a five-day sailing which will depart on Monday, February 18. The ship will call at Nassau and Great Stirrup Cay in the Bahamas.

The cruise line will issue and fifty percent refund to guests booked on that sailing along with covering any airline fees up to $300 per person and hotel feed up to $250 per stateroom. There is also an option for a full refund if guests want to cancel their cruise vacation.

This is developing news and Cruise Hive will keep readers updated when we get anything new. Norwegian Epic has pretty much had it’s worse cruise ever, what more can go wrong? The ship is over 155,800 gross tons and has a guest capacity of over 4,200. The vessel joined the fleet in 2010. 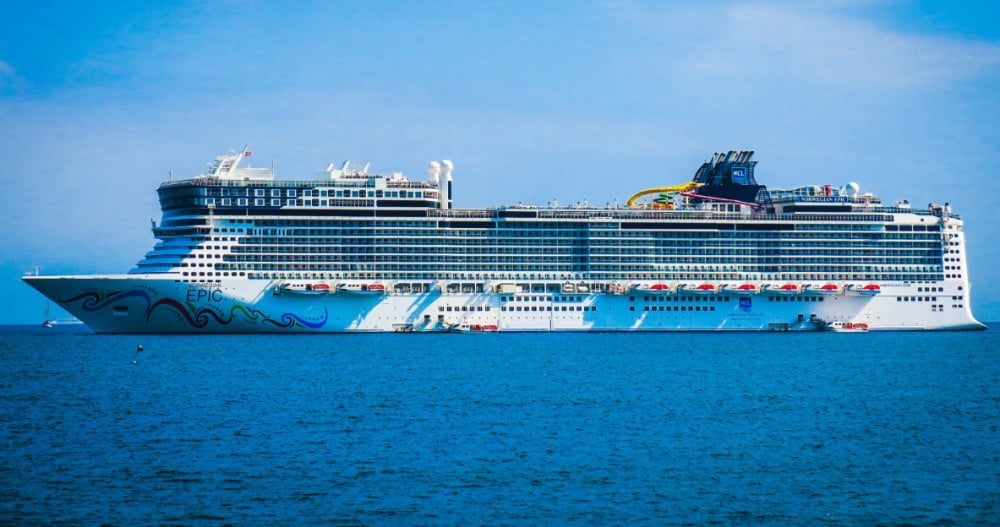