Good news from Asia as World Dream arrived in Singapore ahead of its scheduled cruises starting November 6. The ship, which can carry 3,376 passengers, will be doing cruises from Singapore for Singapore residents only for the time being.

Dream Cruises will be doing what they call Seacation Cruises, two and three-night cruises, which will consist of only one or two sea days before returning to Singapore. Singapore becomes the third location in Asia where cruising has resumed, following Japan and Taiwan.

The ship is currently staffed with a skeleton crew that still needs to perform mandatory covid testing before starting their duties. All other crew members who will embark in Singapore will be doing a 14-day quarantine onboard while the ship is cleaned and prepared for guest operations.

Before she arrived in Singapore, the ship had been at anchor outside Rotterdam, the Netherlands, before sailing to Asia. World Dream belongs to Dream Cruises, which is a part of Genting Cruise Lines, the same company that owns luxury cruise line Crystal Cruises and Asia focussed line Star Cruises.

World Dream is Not Alone

The world Dream is certainly not the only ship commencing operations in Singapore. Earlier this month, Royal Caribbean announced it would be doing two, three, and four-night voyages from Singapore starting December 1st onboard Quantum Of The Seas.

While not much is known about the booking numbers onboard the World Dream, bookings for Quantum Of The Seas have been stellar. The first voyage had been sold out already, while other voyages have ‘exceeded expectations’.

Royal Caribbean Managing Director for the Asia Pacific region, Angie Stephen, thinks the new bookings are a reflection of the ‘pent-up desire to travel.’ As the voyages are only available to Singaporeans for now, the 4-night voyages that leave on Thursday evening are wildly popular as guests can enjoy a long weekend off onboard before starting another work week.

The Singapore government has been reasonably strict for these voyages. There can be no stops in any ports; sailings are reduced to a maximum of 50% capacity, and as we said before, they are only open for Singapore residents.

A number of other health protocols must be followed; these include:

This comes on top of the procedures that the cruise lines will be implementing themselves. For example, Royal Caribbean has its 74 steps safe sailing program.

So it is looking positive for both Dream Cruises and Royal Caribbean in Singapore. While they get underway in the next five weeks, they will hopefully have the same amount of success as Europe. While Royal Caribbean and Dream Cruises are only open for Singaporeans for now, the hope is that the lines will be able to open for other nationals soon as well. 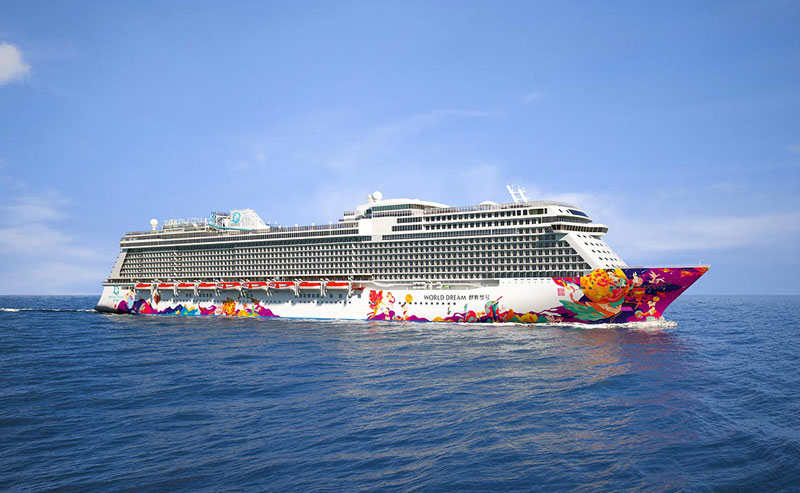