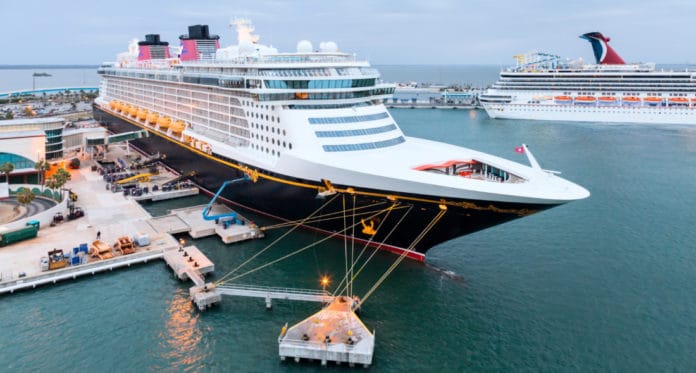 The Disney Fantasy is sailing a modified itinerary due to a technical issue that is impacting the ship’s cruising speed.

The Disney cruise ship which is based out of Port Canaveral, Florida is currently an altered itinerary due to a technical issue that requires the ship to sail at a reduced speed. In a letter sent out to guests for the January 25 departure and first posted on the Disney Cruise Line Blog stated the following:

The Disney Fantasy is currently experiencing a technical issue that requires the ship to sail at a reduced speed. The ship is operating safely and will be back to full speed by Tuesday. However, we will need to modify your cruise’s itinerary. As a result, the Disney Fantasy will no longer call on Tortola on Tuesday. January 28. The port has been replaced with a call to the beautiful Port of San Juan, Puerto Rico.

The cruise line included the modified itinerary to guests for the January 25 7-day Eastern Caribbean cruise as follows:

As expected, any pre-booked shore excursions through Disney for Tortola are being refunded and the cruise line is working on finding alternative tours to enjoy in Puerto Rico. To make up for the slight modification Disney Cruise Line is offering each stateroom $150 of an onboard credit.

The technology should be resolved in time for the next scheduled week-long Western Caribbean sailing out of Port Canaveral on February 1. Thankfully, the issue is not as bad as some other similar issues from other cruise lines.