Navigator of the Seas has arrived in Miami, Florida after completing a huge $115 million upgrade with new features and enhancements including the longest waterslide at sea. The Royal Caribbean cruise ship is about to begin Caribbean cruises from the cruise capital of the world.

Navigator of the Seas is now the third ship in the Royal Caribbean fleet to complete the Royal Amplified program. The cruise line has invested $115 million in upgrading the ship with new features and favorites.

The re-imagined cruise ship arrived at its new homeport in Miami, Florida in anticipation of five-night and nine-night Caribbean itineraries starting on March 1, 2019. The sailings will run through May 2019.

“We have really dialed up the adventure and Caribbean vibes in ways that will make Navigator of the Seas the ultimate getaway to take from Miami.”

“Independence and Mariner of the Seas, the first two modernized ships in our Royal Amplified program, have quickly become standout hits, and Navigator builds on this momentum with a combination of new, exciting features and signature Royal Caribbean offerings that will surprise and delight guests cruising with us for the first time and those who have vacationed with us before.”

Navigator of the Seas had some new fleet first features and some of the biggest highlights are the new waterslides including the Blaster, which is the longest waterslide at sea. New popular venues were also added which are already on some other Royal Caribbean vessels. Let’s take a look a look below:

The upgraded vessel is part of a huge investment program by the cruise line. The Royal Amplified modernization program is investing more than a billion dollars in improving 10 ships in four years. Mariner of the Seas and Independence of the Seas have already received their Amplified upgrade and Navigator of the Seas is now the third ship to undergo this transformation.

The experience for guests will become even better starting in May 2019 as the upgraded ship begins sailing to the all newly enhanced Coco Cay, Royal Caribbean’s private island resort in the Bahamas. $250 million is being invested in updating the island which you can read all about right here. 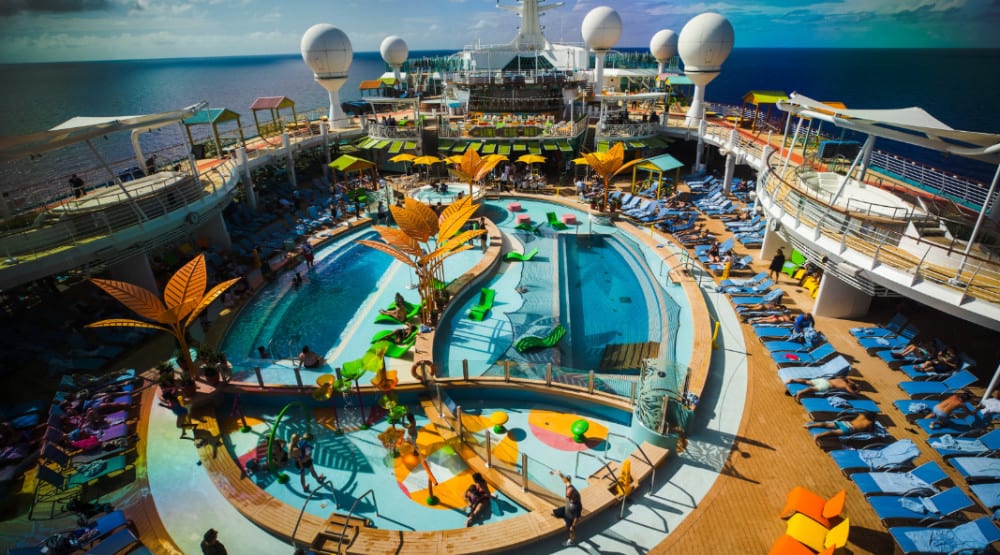