Your cruise news update with a busy week for Carnival Cruise Line and MSC Cruises, including itinerary changes and new ships. 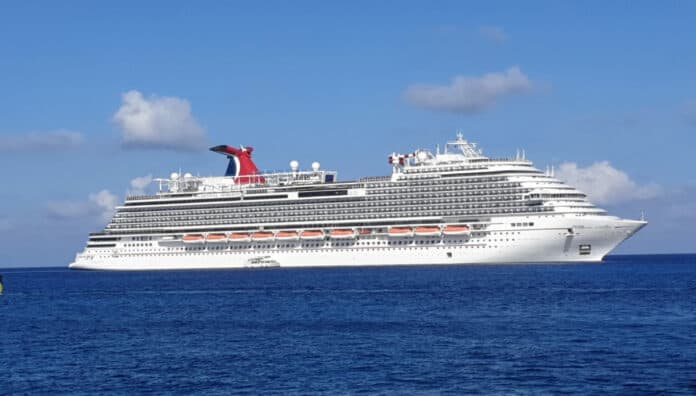 It’s time to make sure you’re updated on all the latest cruise news across the major cruise lines. It has been especially eventful for Carnival Cruise Line and MSC Cruises, and not all in a good way.

Plenty of new developments that could be of interest to you and it sure has been eventful for Carnival and MSC Cruises, some bad and some good. So, there are itinerary changes for three Carnival cruise ships, all the latest on the Carnival Horizon issues, pre-cruise testing at the terminal being extended by Carnival, no surprise with construction milestones for new MSC cruise ships, cancellations in South Africa by NCL, and the second mega-ship has been delivered to Costa Cruises.

Costa Cruises took delivery of the cruise line’s second LNG-powered cruise ship at the Meyer Turku shipyard in Finland. The Costa Toscana completed her sea trials towards the end of October and was officially handed over to the cruise line on December 2, 2021.

Although the vessel had been scheduled for delivery in 2020, the ship was delayed to June 2021 and again due to the pandemic.

Costa Toscana’s first cruise, which will sail from Savona, Italy, on March 5, 2022, will call at Marseille, France; Barcelona, Spain; and Palermo, Sicily; and Civitavecchia, Italy. The newest Costa flagship will then remain in the western Mediterranean all year. During the summer, she will call at Savona, Civitavecchia, Naples, Ibiza, Valencia, and Marseille. Then in Autumn, Palma de Mallorca will replace Ibiza.

Costa Toscana is an impressive ship for the Italian-based cruise line with a guest capacity of 5,322 and at a massive 185,500 gross tons. She is the sister ship to Costa Smeralda, which joined the fleet in 2019.

Guests booked on upcoming sailings of the Jewel-class Norwegian Jade were informed on November 29 that several sailings in December 2021 and through January 26, 2022 have now been cancelled. After an initial email, the December 3 repositioning sailing was also cancelled.

Norwegian Jade is currently sailing 12-night and 18-night itineraries from Athens and Dubai, including ports of call in the Middle East and the Mediterranean.

While the cruise line does not specifically reference the new Omicron variant as the reason for the cancellations, it is likely the discovery of that new strain of the virus has influenced this decision.

Guests impacted by the cancelled sailings will automatically receive a 100% refund of their cruise fare, and if the booking was made with a Future Cruise Credit, that credit will be returned to passengers’ accounts. There are several options for rebooking including the benefit of a 10% future cruise credit.

Now that MSC World Europa, the first LNG-powered vessel to join the MSC Cruises fleet, has been floated out, she will be moved to a wet dock for work to continue until her delivery in 2022. MSC World Europa is the first ship in the highly anticipated MSC World Class, and will be one of the largest and most innovative cruise ships in the world when she sets sail.

The 205,700-gross ton MSC World Europa is scheduled to welcome her first guests in December 2022, debuting in the Gulf region and sailing from Dubai. In March 2023, the ship will head to the Mediterranean Sea to offer sailings that include Italy, Malta, Spain, and France.

There was a traditional ceremony that took place with two coins placed under the keel as the historical sign of blessing and good fortune for the project and the ship’s operational life at sea.

MSC Euribia, which just celebrated her initial steel-cutting in June, is scheduled to debut in June 2023 and will then be the 22nd ship in the MSC fleet at approximately 183,500 gross tons.

Are you planning on a cruise in December onboard a Carnival Cruise ship? You’re in luck as Carnival has now officially expanded the pre-cruise testing option for vaccinated guests through December 31, 2021.

Since November 5, 2021, the option has been in place and has proven to be a reliable and welcome alternative for guests who have been unable to secure a test result in time for their cruise. Since mid-November, Carnival has been contemplating expanding the beneficial terminal testing option through the holiday season when Carnival Brand Ambassador John Heald talked on the procedures.

Carnival confirms the tests will remain in place at least through December. During the busy holiday season, there is general uncertainty if testing operators will be open for business. Carnival’s choice to keep the testing option available for this period at least will be welcomed by guests.

To use the test at the terminal, guests will need to book a slot ahead of time. The $100 charge per person will be automatically added to the passenger’s onboard Sail & Sign account. If guests do book a test and fail to show up for their appointment, they won’t be refunded, and the charge will still be applied to the onboard account.

Alright, so if you do follow all the latest cruise news, then you’ll already know about the Carnival Horizon technical issue.

On November 30, Carnival Cruise Line informed booked guests that Carnival Horizon departures on December 5 and 11 from Miami, Florida, were cancelled due to a technical issue with its maximum cruising speed. After a full assessment of the issue, the cruise line has decided the Carnival Horizon will need to undergo an urgent dry dock in Italy and the ship will not return to service until January 22, 2022.

Multiple sailings have now been cancelled into January 2022 as Carnival Horizon is being pulled from service to undergo a dry dock. As a result, Carnival Liberty and Carnival Sunshine, which currently remain on hold, will be brought back into service temporarily to take over Carnival Horizon itineraries from PortMiami.

However, it has not gone down too well with guests as many will be downgraded to alternative cabin options as the ships don’t offer the newer options that are on the Carnival Horizon.

In a letter sent out to booked guests on December 2, Carnival Cruise Line informed them of itinerary changes that impact three ships, including two departures from Port Canaveral in Florida and one departure from the Port of Galveston in Texas.

Carnival Magic‘s December 4 sailing from Port Canaveral will still make a call to Aruba and Curacao, but as no surprise, the ship is calling at Amber Cove rather than Grand Turk due to the Island not yet being open for cruise ships. Carnival Magic is sailing an eight-day voyage, which will end back in Florida on December 12, 2021.

Mardi Gras also has an itinerary change from Port Canaveral on December 4. The ship’s seven-day Eastern Caribbean cruise will call at Nassau, Amber Cove, and San Juan. The ship won’t be visiting Grand Turk in the Turks and Caicos as planned.

Carnival Vista’s December 4 seven-day sailing from Galveston, Texas, has also been adjusted. The same ports will remain on the voyage but in a different order. The ship will visit Cozumel in Mexico first, then a call at Belize, with the final call at Mahogany Bay in Honduras.

Those were just a handful of the major stories from another busy week in the cruise industry, we’ve got even more headlines, including a former Costa cruise ship beached for scrapping, Celebrity Cruises backtracks on vaccine mandate for kids, All MSC cruise ships will be sailing during summer 2022, Carnival cruise ship returns to Montego Bay in Jamaica, MSC Virtuosa naming ceremony and so much more.