Cruise Lines are monitoring the first major storm of Hurricane season which is already impacting cruise ship itineraries in the Gulf of Mexico and the Caribbean. The good news is that Subtropical storm Alberto is not expected to become more powerful and won’t become a Hurricane.

Alberto in the Gulf of Mexico

With Subtropical Storm Alberto currently in the Gulf of Mexico, cruise lines are keeping a close eye on its development to make sure cruise ship passengers and crew stay a safe distance away.

Carnival Cruise Line ambassador John Heald has already posted that the Carnival Dream departing on May 27 from New Orleans and Carnival Fantasy on May 28 from Mobile are being monitored.

Other cruise lines which have ships in the area have not yet announced any itinerary changes but of course, will be making sure their ships are not affected by Subtropical Storm Alberto.

According to the National Hurricane Center (NOAA) the storm is currently located 265 KM southwest of Tampa, Florida and has maximum sustained winds of 45 MPH. The storm is moving north in the Gulf of Mexico west of the Florida coast. By Monday afternoon the storm will hit the coast of Alabama where there are already storm surge watches.

Cruise Hive will continue to keep track of any new developments affecting the cruise industry. It also advised checking with the cruise line before your cruise departure. 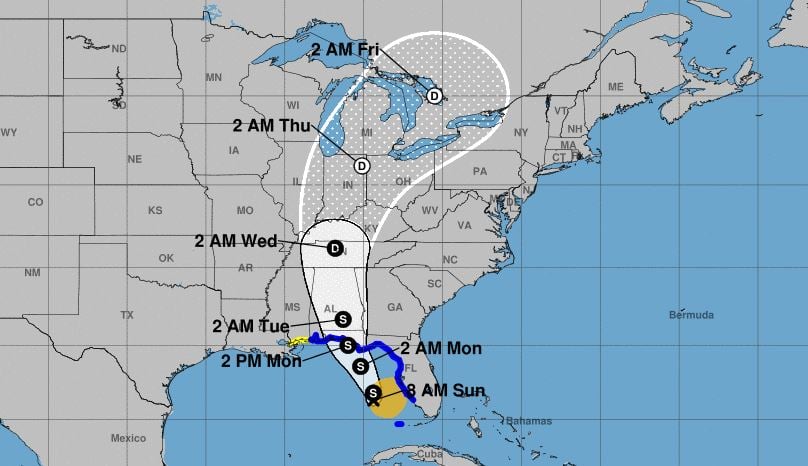