More cruise lines are heading to Honduras this year which is also helping a sharp increase in the number of cruise passengers.

Honduras is experiencing a sharp increase in passenger numbers thanks to some of the largest cruise lines in the world and more new operators being added. The Central American country is fast becoming a leading port of call for Caribbean itineraries and compared to 2016 it is rising even further.

Over a million cruise passengers visited Honduras in 2016 and 3 percent more are expected in 2017. Most of the passengers will come from cruise ships calling in the island of Isla Roatan. The island features two main ports –  The Port of Roatán which can accommodate one ship at a time and has three spaces in the Anchorage area as well as Port Mahogany Bay which can serve up to two ships at a time.

The following cruise ships sail to the Honduran island of Isla Roatan:

320 cruise ships called at Honduras in 2015 and 341 called in 2016. Here’s to even more vessels sailing to the destination and making even more epic cruise vacations. 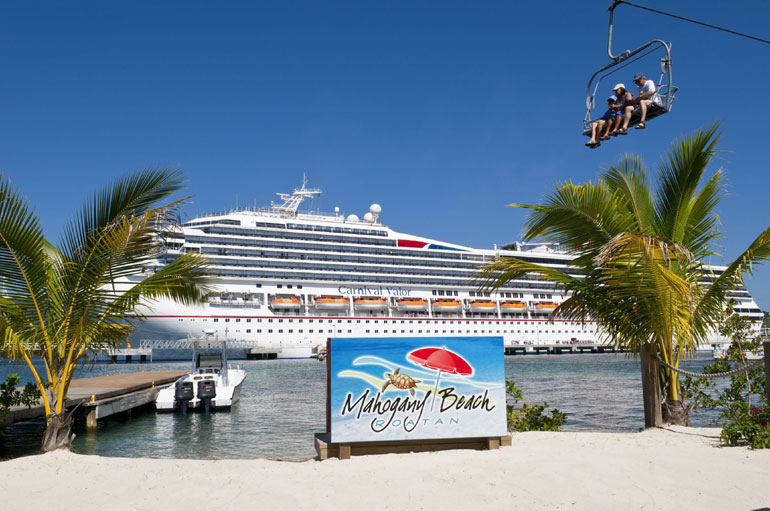