With all the cruise cancellations hitting the news the last few months, it would be easy to think that no ships are sailing at all.

This could not be further from the truth. While you most likely know about the few cruise lines sailing in Europe, several cruise lines have been sailing around the world for months now.

While the emphasis for the U.S. based cruise ships has been on the virus and how sailing would be inherently unsafe, these cruise lines are proving this doesn’t necessarily need to be the case.

One cruise line is even planning a 35-day Caribbean voyage!

Which Cruise Lines Are Sailing, and Where?

MSC is cruising with the MSC Grandiosa in the Mediterranean; it has done this without any cases onboard in almost four months of back to back cruising. While a second vessel was added last month, this has been pushed back due to the various lockdowns in European countries.

The line has been able to be this successful by being strict with its procedures. During the first voyage in August, a family was refused to board after not following the shore excursions’ procedures.

Another highly successful company that has been making voyages in the Mediterranean since September. Although the company had initially upscaled to three ships in operation, this has been scaled down to one ship, Costa Smeralda, due to the various lockdowns in the main European markets.

Costa has had COVID cases on board; however, all cases were on the same voyage under a French Charter. This voyage was quickly cancelled. As with MSC, Costa Cruises has been strict with its measures, which has allowed it to operate in Italy while most of the country went back into lockdown.

Costa will continue sailing with one vessel through December, January, and February. Costa Firenze and Costa Luminosa will start making Med-cruises at the end of February.

Since the beginning of this month, Asia’s largest cruise operator, Dream Cruises, has been sailing from Singapore with the flagship World Dream. Although successful and with high booking percentages, these voyages are only open to residents of Singapore. The line has also been sailing for Taiwanese residents offering round-trips from the Port of Keelung.

TUI Cruises, owned partly by Royal Caribbean, has been successful in the implementation of bubble cruises. One of the first cruise lines to return to cruising in July of this year, the line operated with three vessels. After the increased lockdowns in Europe, TUI had also been forced to scale down again.

The company now has Mein Schiff 2 sailing in the Canary Islands on Bubble cruises and is planning some epic other trips.

TUI Takes A Different Course Then Everyone Else

TUI Cruise line Mein Schiff is planning a 35-day Caribbean Cruise that leaves from Germany on December 10 onboard Mein Schiff 1. The sales blog on the companies website states that a minimum of 1000 guests needs to be confirmed by November 27; otherwise, the voyage will be cancelled:

Mein Schiff 1 goes on a long voyage towards the Caribbean. After leaving Germany, a total of 35 days are waiting for you on board. Enjoy relaxed days at sea, beach days on exclusive beaches in the Caribbean and celebrate Christmas and New Year’s Eve in the sun. Important to know: For this trip, we need a minimum of 1000 guests. If this number is not reached by 27.11, TUI Cruises expressly reserves the right to withdraw from the travel contract in full.

As most cabins show sold-out on this voyage on the TUI website, it could very well be that this voyage will proceed as planned. Guests will need negative COVID tests included in the voyage price, while shore excursions are restricted to organized tours only.

While everyone has been cancelling voyages due to the impact of the new guidelines implemented by the CDC, the German line figures it can make a 35-day voyage and do it safely. Spending 35-days on board during Christmas and New Year? Sounds like a good idea! 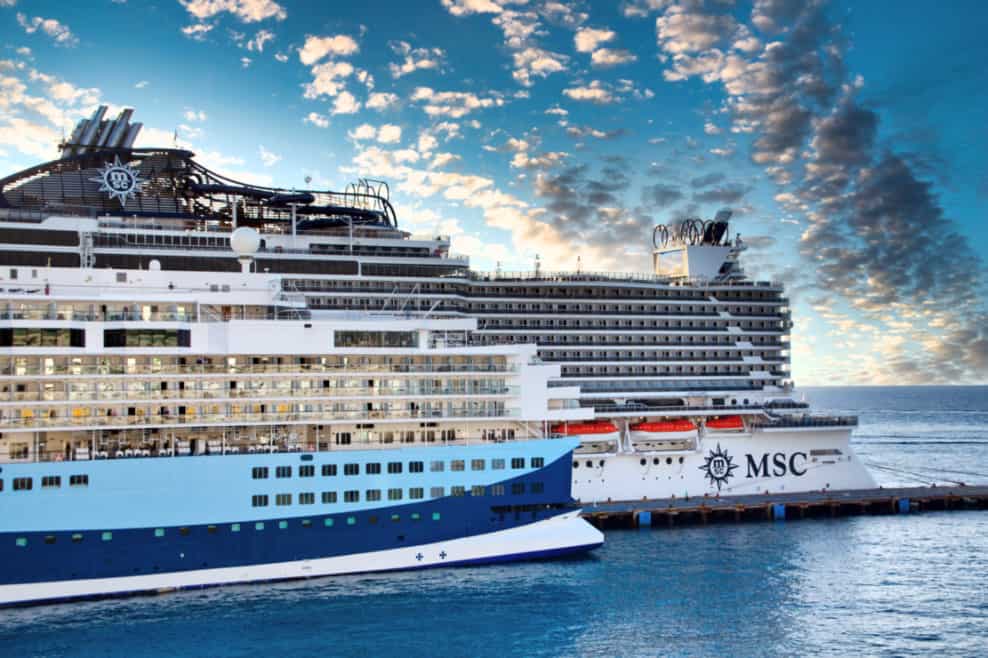