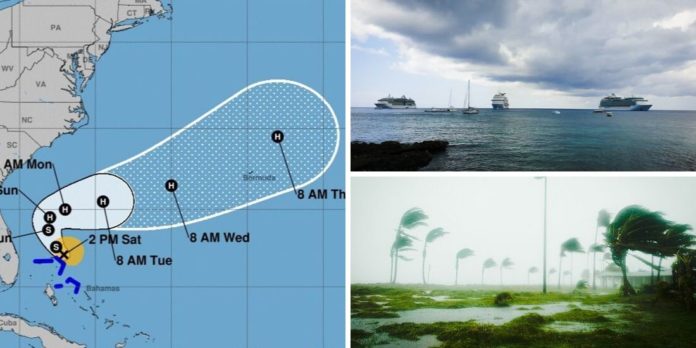 Cruise lines are closely monitoring Tropical Storm Humberto as it could have an impact on itineraries as it develops.

Tropical Storm Humberto a Cause for Concern

We’ve not long had the devastating Hurricane Dorian which destroyed many parts of the northern Bahamas and now Tropical Storm Humberto has formed which could become a major concern for the region and cruise lines.

At the moment Tropical Storm Humberto is currently 65 miles north of Great Abaco Island and 120 miles east of Freeport on Grand Bahama Island. Both of those islands are recovering from Hurricane Dorian with major relief efforts continuing from many agencies and cruise lines.

According to the National Hurricane Center (NOAA), the storm has maximum sustained winds of 50 MPH and is heading northwest at 7 MPH. The good news is Humberto is not expected to bring a huge storm surge. However, it will still bring heavy rainfall and high winds.

In the earlier tracks, the storm was set to scrape the Florida east coast but now thankfully it will shift more towards the east and sometime on Sunday could turn sharply towards the east further out into the Atlantic and awa from the U.S. and Bahamas. By Tuesday Humberto could become a category 1 Hurricane and the island of Bermuda could be at risk later in the week. It is still too early to know the impact on Burmuda but any further developments impacting the cruise industry will be posted by Cruise Hive.

Carnival Cruise Line Ambassador John Heald has already posted the cruise line is closely monitoring the storm’s developments at its fleet operations center in Miami. Carnival departures out of PortMiami, Port Canaveral, Port Everglades and Port of Jacksonville are set to continue as normal with no itinerary changes.

Royal Caribbean’s chief Chief Meteorologist is keeping a close eye on Humberto as it passes through the Bahamas. So far no Royal Caribbean ships have been impacted with itinerary changes. NOAA has already tweeted that upto 6 inches of rain is expected in the northeastern Bahamas due to Tropical Storm Humberto.

On Wednesday, September 18 the Carnival Sunrise and Carnival Pride are both scheduled to call to Bermuda. The next cruise ship to visit the island will be Grandeur of the Seas on Saturday, September 21.

Always check for official updates from the cruise line if you do have a cruise to Bermuda coming up and also check the latest track and predictions from the National Hurricane Center. 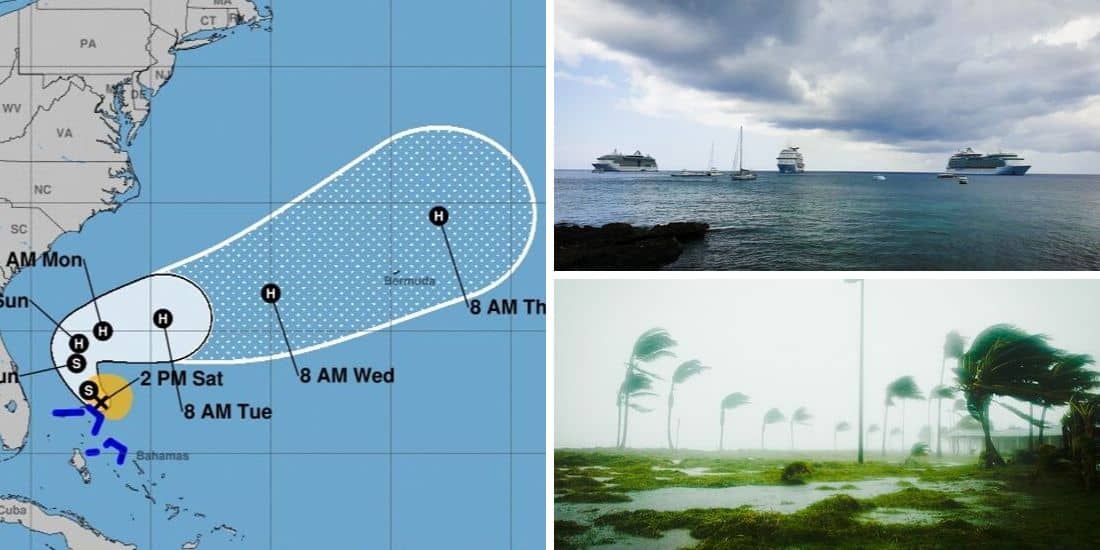