What cruise lines are doing to help in Typhoon Haiyan relief efforts.

Typhoon Haiyan is one of the largest Typhoons ever recorded and the Philippines just days ago. The storm has caused huge damage and loss of life across the country which also includes Filipino crew members and their families. Almost all the cruise lines employ many Filipinos on their ships and as a result are taking action to help them.

Filipinos who are currently working on the ships have had help contacting families and to know if their homes have been damaged by the large storm. This is what some of the popular cruise lines have done to help.

Norwegian Cruise Line has set up a fund where anyone can send in and donate to help the cruise lines Filipino crew members. The company has also helped them get home if needed and contact their families in the Philippines. If anyone would like to help support them you can send a check to:

Royal Caribbean employs more Filipinos than any other nationality and has taken action in helping not just the crew members but the country itself. The cruise line has helped Filipinos communicate with home too. Royal Caribbean has also deployed an emergency team to the country to help in hard hit areas.

Carnival Cruise Lines which is the worlds largest cruise line company has helped with getting their Filipino crew members contacting home using phones and internet. The cruise line is also working on a support fund for the future.

Costa Cruises is helping crew members contact families and friends in the Philippines. Costa is also donating $100,000 to a crew fund which will help those effected.

Holland America has set up a fund with the Luxury cruise line Seabourn to help crew members and local people in the Philippines who have been effected by Typhoon Haiyan. Together the cruise lines have donated $25,000 to the fund. Guests are able to donate to the fund by sending checks payable to Holland America Line Foundation at the following address:

If you would like to add any more information that you know of or anything else which could help in the relief efforts in the Philippines then feel free to post in the comments below. 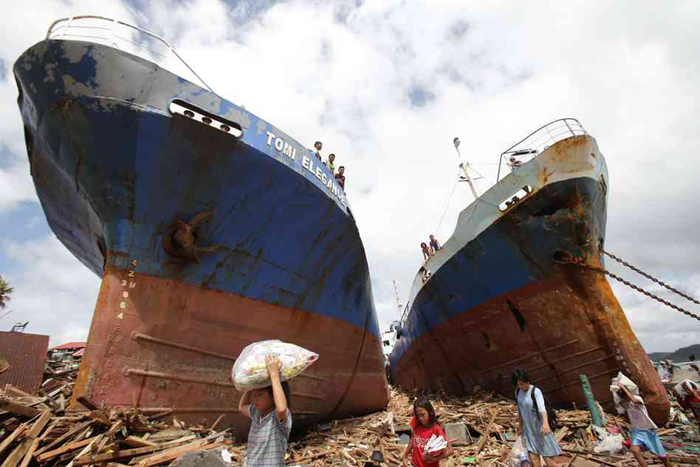