Cruise Line Must Cancel Its Cruises to Nowhere

German-based TUI Cruises has announced it will stop cruises to nowhere from Thursday as requested by the authorities in the country.

The cruise line has been forced to cancel cruises to nowhere out of Kiel, Germany by the state authorities. The cancellations will begin from tomorrow, November 5. With the result of restrictions around the country, it does mean that all cruises to nowhere will remain suspended for the remainder of 2020.

Today we were informed at short notice by the competent state authorities in Schleswig-Holstein that we are not allowed to carry out cruises from and to Kiel from tomorrow, Thursday, 5.11., and until further notice, contrary to the previous permit.

It’s bad news for the cruise line as TUI previously announced that it would continue to offer cruises to nowhere. It came after the German government announced a lockdown that went into effect on November 2, 2020, due to an increase of infections not just in Germany but other major European countries too.

We very much regret the ban, especially as it is international cruises and not domestic trips and we operate with a strict hygiene concept including a mandatory COVID-19 test. Our first survey showed that other German ports do not allow cruise operations either. With this in mind, we have to cancel with a heavy heart all the “Blue Journeys” of My Ship 1 planned for this year.

TUI is informing all those guests impacted and will be offered other options. Those cruises to Greece and the Canary Islands are still taking place with new health measures in place.

The cruises to nowhere are known as “Blue Journeys” and take place in the Baltic Sea and North Sea with no ports of call. The cruise line first restarted operations in July 2020 and was one of the first major cruise lines in Europe to do so since the suspension of cruises first started in March. 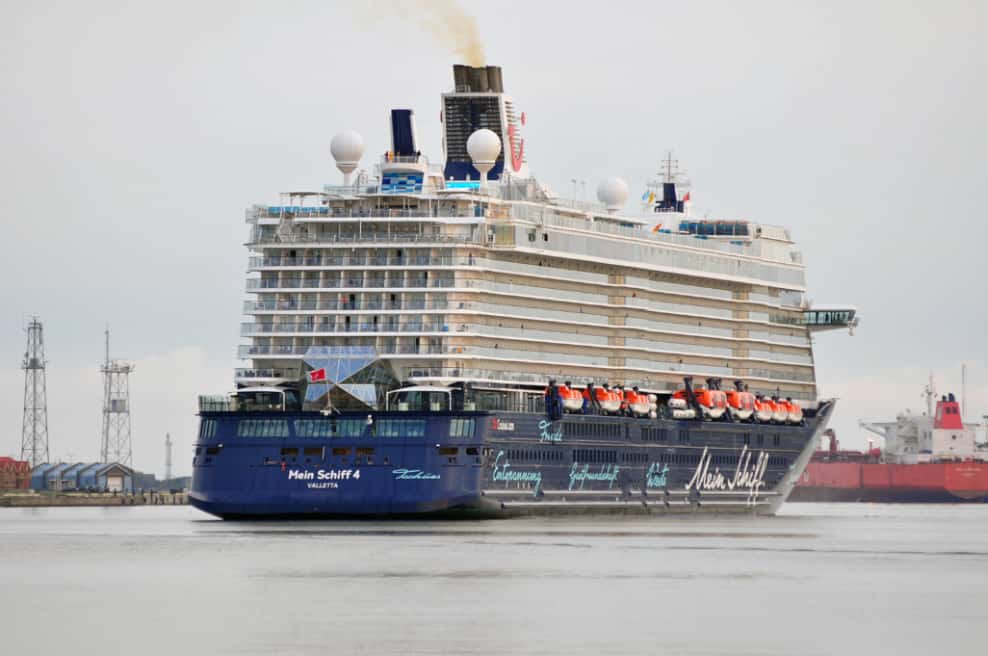