Genting-owned Dream Cruises was forced to cancel operations by the Tourism Commission of Hong Kong due to COVID concerns. 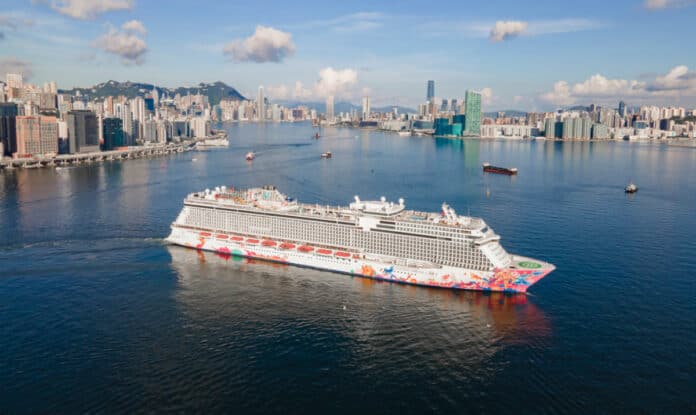 Asian cruise giant Dream Cruises has been asked by the Hong Kong authorities to cancel at least five cruises for its Genting Dream cruise ship sailing from Hong Kong. The cancellation comes after a recent increase in cases in the city-state.

Earlier this week, another cruise ship, Spectrum of the Seas, was told by authorities in Hong Kong to return to port after a positive case was suspected to be onboard which turned out to be false. According to Genting Dream‘s parent company Dream Cruises, no cases have been identified on its ship.

Hong Kong has seen a rapid increase in cases lately, and one of the measures that the authorities have implemented to stop the spread of COVID-19 is stopping all cruise tourism. After Royal Caribbean’s Spectrum of the Seas had been ordered back to port earlier this week, now Genting Dream has been asked to suspend operations.

As a result of the directive from the Tourism Commission of Hong Kong, the vessel has been forced to cancel seven voyages between now and January 19, 2022. This is despite the fact Genting Dream had not seen any positive cases.

In a statement, the cruise line said: “Due to the increase of cases of COVID-19 because of the Omicron variant in Hong Kong, the Tourism Commission of Hong Kong has requested that all cruise ships suspend operations as a precautionary measure. As a result of this directive from the Hong Kong authorities, Dream Cruises has unfortunately had to cancel Genting Dream’s Super Seacation departures on 9, 12, 14, 16, 19 January 2022. Dream Cruises would like to reiterate that this cancellation is due to the government’s directive and NOT as a result of any COVID-19 related incidents on board the ship.”

The company believes that its Genting Dream‘s Super Seacation sailings will be able to resume operations again on January 21, 2022. For those guests booked on a voyage aboard the vessel’s sailing from Hong Kong in the next few weeks, there are different options for rebooking and refunds.

Guests can transfer their voyage to a new one departing between January 21 and April 27, 2022, or avail of a future cruise credit for the same period. In this case, guests will receive an onboard credit of HK$300 or HK$500 per cabin. Guests can also avail of a full refund,

Another blow for cruises in Hong Kong

The order from the Hong Kong government to suspend all cruises from the city immediately is another blow for the cruise lines operating here. Royal Caribbean and Dream Cruises had only recently started cruising here, after the run-up for these cruises to start had been riddled with problems.

Both Royal Caribbean and Dream cruises struggled to avail enough hotel rooms for crew members to perform mandatory quarantine last year. There have been issues relating to a positive test for a crew member onboard Spectrum of the Seas.

And this week Hong Kong authorities looking for close contacts of a COVID-19 patient, some of whom had been aboard Spectrum, ordered the vessel to cut short its “cruise to nowhere” and return to port. The individual identified as a positive case that led to this contact tracing did not sail on the ship. Neither have any additional cases been reported onboard Spectrum of the Seas.

Hong Kong has now also banned flights from several countries, indoor dining has been banned, and entertainment venues such as cinemas, museums and bars, and clubs have also been forced to shut their doors.