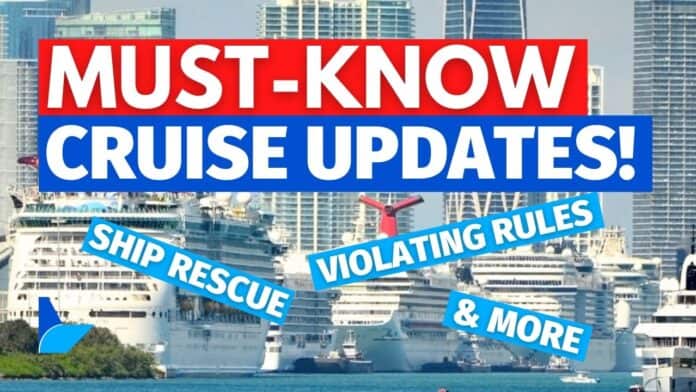 It was a week full of cruise news covering major cruise lines including the latest developments on resuming cruises and a mix of different stories, good and bad.

In this week’s news roundup we cover a wide range of news stories including Carnival Sensation’s important rescue off the Florida coast, the first cruise line in the world to install an innovative new air system, and all the latest on Carnival resuming cruises from the U.S.

You can watch the news roundup below:

So starting with Royal Caribbean, the cruise line announced new itinerary updates for cruises in the Bahamas, Caribbean, Australia and New Zealand. The changes impact a total of seven Royal Caribbean cruise ships for the 2021-2022 winter cruising season.

German-based Aida Cruises restarted operations on October 17 with the AIDAblu cruise ship. The first cruise back and one passenger has already broken the rules! During an AIDA-led shore excursion in Catania, Italy on October 20, the guest had left the group and ventured off on his own.

This broke the important health protocols the cruise line has in place to make sure guests and crew remain safe from COVID-19. The guest was refused to continue his cruise vacation on AIDAblu and the cruise line assisted him in organizing his journey back home from the Italian port.

This shows how seriously cruise lines in Europe are taking the health measures and it’s not the first time a guest has been kicked off the cruise for violating the protocols. It will likely be the same once cruises resume from the U.S.

MSC Magnifica has become the second MSC cruise ship to resume operations. The vessel restarted out of the Port of Genoa, Italy on Monday, October 19.

The ship commenced sailings with a 10-night voyage covering the western and Eastern Mediterranean including calls at Livorno in Italy, Messina in Sicily, Piraeus and Katakolon that are both in Greece, Valletta in Malta, and finally Civitavecchia in Italy before returning to Genoa.

The ship has strict new health measures in place including universal health screening of everyone, elevated sanitation and cleaning measures throughout the vessel; managed social distancing; wearing of face masks in public areas; and technology to aid track and trace on board.

On October 17 the Carnival Sensation came to the rescue of 24 people who were on a distressed boat 37 miles off the coast of Palm Beach, Florida. The Fantasy-class cruise ship maneuvered alongside the boat and provided blankets, life jackets, food, and water.

The small craft then started taking on water and the 24 people from various countries including two children were brought onboard the Carnival cruise ship. They were evaluated by the ship’s medical staff and were quarantined away from the crew members. No guests were on board due to the suspension of operations.

So thankfully all those people are now safe and sound and the relevant authorities including the U.S. Coast Guard were notified so that a cutter could be dispatched to pick them up.

A Florida judge has now required Carnival Corporation to submit to be Environmentally compliant at least 30 days before sailing in U.S. waters. The probation period was brought down from an initial 60-day period required by Judge Patricia Seitz in a hearing last week.

The Florida judge made it clear that Carnival should provide certification to each vessel, signed by the Company’s Chief Executive Officer (Arnold Donald), to the status of issues raised in the probation documents. The judge is overseeing the U.S. Government’s case against Carnival’s environmental issues.

The company will need to ensure compliance with several environmental issues 30-days before sailing in U.S. waters. This allows cruise lines such as Carnival Cruise Line able to restart operations out of the United States in December.

If cruises do resume in December Carnival Cruise Line has already announced that it will only do so if safe and with new health measures in place. Cruises are only set to depart out of Miami and Port Canaveral in Florida.

MSC Cruises has become the first cruise line in the world to install a new innovative air sanitation system. The new system named “Safe Air” will improve the quality and cleanliness of the onboard air for its guests and crew.

MSC Seashore which is currently under construction at the Fincantieri Monfalcone shipyard in Italy will be the first vessel in the fleet to feature the new system once she debuts in July 2021.

The ‘Safe Air’ next-generation sanitation system is based on the technology of UV-C lamps which are type C ultraviolet rays applied in combination with the ship’s air conditioning system, whereby airflow is radiated at the source with a short wavelength light that hits organic particles and prevents the circulation of air pollutants such as viruses, bacteria, and mold.

The new system which was developed by the Italian shipbuilder Fincantieri will be of huge importance for stopping the spread not just for COVID-19 but other virus’ in the future too.

And finally some important news regarding an email scam that’s targeting Royal Caribbean crew members. President and CEO Michael Bayley posted on social media to warn the crew of the scam that was going around and trying to attain personal information.

A link is included in the email asking for crew members to confirm their salary payment bonus. Bayley went on to post that the link should not be clicked on and that the cruise line will never ask for personal information via email. 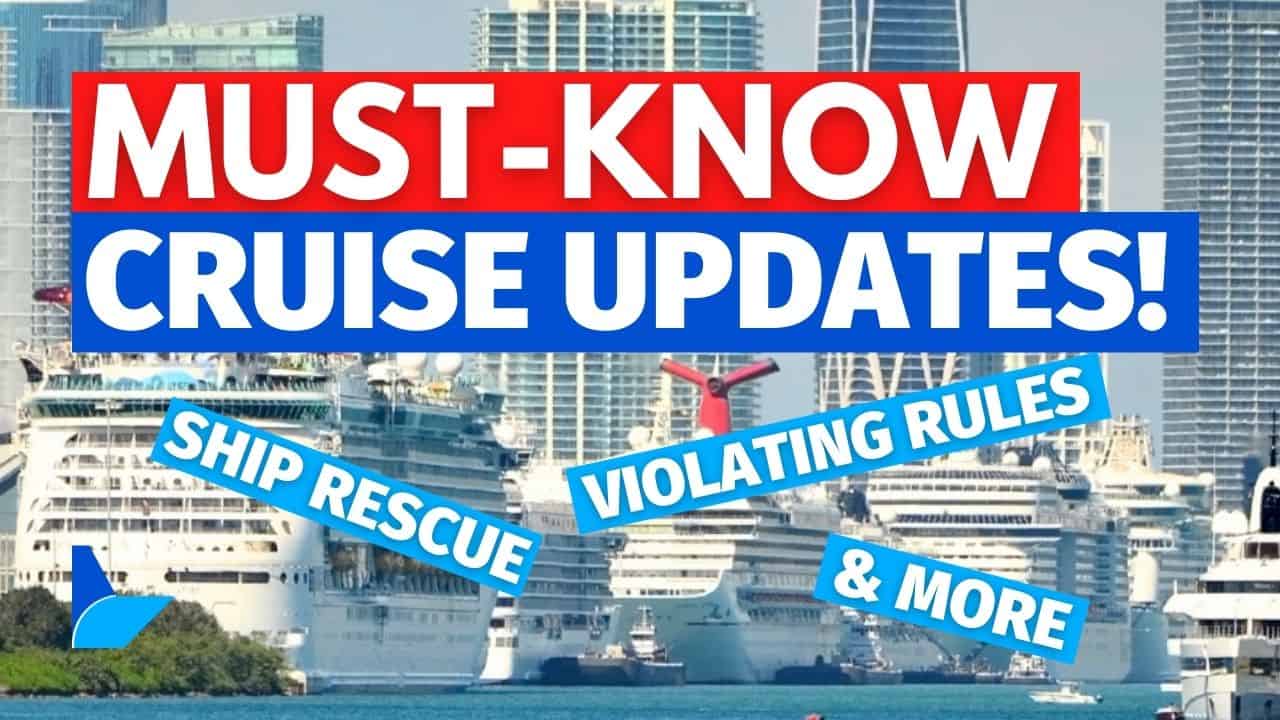