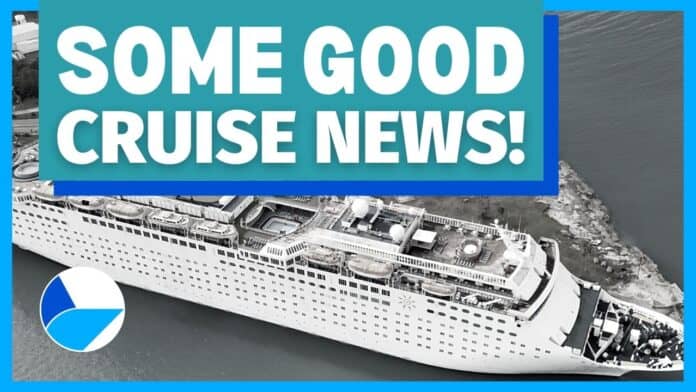 It was another hectic week of cruise ship news and Cruise Hive is here to make sure you’re updated on all the major stories.

Lot’s of cruise news to catch up on from the week and for a change, there is actually some positive news on cruise ships resuming operations along with P&O’s new LNG ship, an update from Carnival Corporation on the August cyberattack, and a Costa cruise ship forced to cut short a voyage due to COVID-19.

Carnival Corporation has provided an update on the cyberattack against its systems back in August. The attack which took place on August 15 gained unauthorized access to some personal data from three of Carnival Corps cruise brands Carnival Cruise Line, Holland America Line, and Seabourn.

The company has hired a security firm to investigate the security breach and so far some personal information on guests, crew, employees and casino related data has been accessed. The attack also impacted the call center for Carnival’s UK brands in the UK which Cruise Hive reported on in August.

The investigation is ongoing and should be fully completed in 30 to 60 days. A dedicated phone line is also being set up so those worried can find out if their details were accessed. Carnival has said it’s unlikely the information has been misused.

The return of operations for Costa Cruises in Europe has not been all smooth sailing. Costa Diadema which was the second ship in the fleet to resume operations in September has been forced to cut short her chartered cruise. With increased COVID-19 cases sweeping across France, the cruise line decided to cancel the voyage and head back to Genoa, Italy.

This followed more than seven guests who had tested positive on a previous voyage when they disembarked Costa Diadema at the port of Palermo in Siciliy. As a result all crew members needed to have swab tests and thankfully all came back negative.

This shows how fragile the restart of cruise operations can be especially when cases continue to rise across many parts of Europe and the United States. It’s more important than ever that health measures can help protect guests and crew.

On to some more positive news now with P&O Cruises’ largest ever cruise ship P&O Iona has finally been delivered from the Meyer Werft shipyard in Papenburg, Germany. This now means the British cruise line takes control of the vessel but due to the suspension of operations the ship won’t be sailing cruises until early 2021.

P&O Iona has eight specialty restaurants including yet to be unveiled concepts, as well as 13 entertainment venues, four swimming pools including a spectacular infinity pool at the aft of the ship, and 16 whirlpools. She’s 185,000 gross tons and powered by Liquified Natural Gas (LNG).

Aida Cruises has become the second Carnival-owned cruise line to resume operations today which is October 17, 2020. AIDAblu is sailing seven-day cruises out of Civitavecchia and calling to Palermo and Catania in Sicily as well as Naples and La Spezia. The cruises will continue until November 28, 2020.

More Aida cruise ships will slowly resume service with AIDAperla restarting sailings on November 7 and AIDAstella on December 12. Through early 2021 there will likely be more cruise ships resuming and Cruise Hive will be here to make sure you’re updated.

And even more good news with Bahamas Paradise Cruise Line confirming that cruises will resume out of West Palm Beach, Florida from November 4. Grand Celebration will be the first vessel operated by the cruise line to sail round trip cruises to the Bahamas once again. Grand Classica will be the second ship to resume operations on March 3, 2021.

Update: The cruise line has now announced that Grand Classica will become the first in the fleet to resume operations on December 18. The official update is here.

When cruises do resume there will be strict new health measures in place and Bahamas Paradise Cruise Line is working with the relevant authorities on making sure the return of operations happens safely. We also posted about the Bahamas opening up to international visitors by air and sea in October.