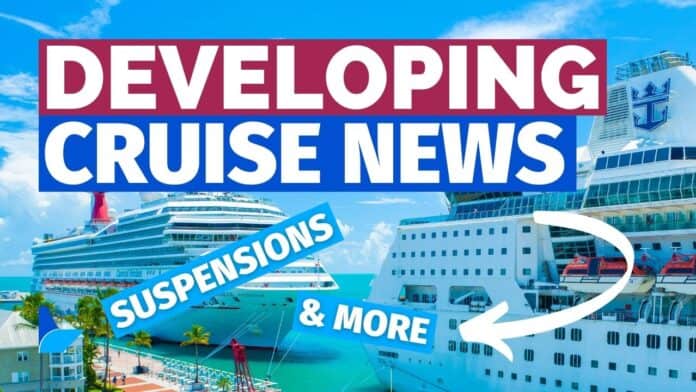 This week it has been all about the major cruise lines extending suspensions until 2021 in the U.S. while they comply with the CDC and implement new health measures. We’ve also got a lot more cruise news to update you all on.

When cruisers celebrated the lifting of the No-Sail Order last week the hope was that cruising would resume in December, Well hasn’t that all changed now! The new CDC Conditional Sailing Order has actually required cruise lines to do even more before being able to resume operations safely which has resulted in suspensions being extended until 2021.

There’s more cruise news on suspensions in Europe as COVID-19 sweeps across the continent and some positive news on cruises to nowhere out of Singapore.

So there has been a new series of cruise line suspensions which is in-line with the Cruise Lines International Association (CLIA) on a voluntary suspension until 2021. All major cruise lines have announced an extended pause on operations and Carnival Corporation has put all North America cruises on hold.

We already had a hint that further suspensions were coming after Carnival Cruise Line removed all cruises from its booking engine just days before. MSC Cruises has also cancelled departures which impacts three vessels out of Florida until next year.

Right now the aim is making sure cruises can resume safely and that cruise lines can follow the new framework of the CDC Conditional Sailing Order which will remain in place for one year.

Don’t expect to find as many calls to Key West featured on cruise ship itineraries soon as residents of the south Florida Keys destination have voted for cruise ship limits. The voting was done during the 2020 U.S. election and there are a number of detailed limits:

There’s no doubt this will hamper the economy of Key West and larger cruise ships from Carnival Cruise Line, Disney Cruise Line, and Norwegian Cruise Line. The cruise lines will have to remove the port of call from any planned itineraries. It won’t have much of an impact right now as the industry has paused operations until next year.

The World Dream officially kickstarted cruises from Singapore. The vessel sailed from Singapore on Friday on a Seacation voyage. The 3,400 passenger ship is operating at a reduced capacity of 50 percent. According to Dream Cruises, around 1,400 people have been booked on the first cruise.

The vessel will be doing ‘Super Seacation’ itineraries, 3-and 4-day voyages where the ship remains at sea only. The voyages are only available for Singapore residents for the time being and will offer them an enjoyable, refreshing short getaway on carefree ocean voyages.

World Dream is not the only ship that will be sailing in Singapore. Starting December 1, Quantum Of The Seas will be making two, three, and four-night voyages. As we reported already last month, bookings for Quantum Of The Seas have been stellar. The first voyage had been sold out already, while other voyages have ‘exceeded expectations.’

With the introduction of severe movement restrictions in France and Germany, MSC Cruises has been forced to cancel its voyages onboard MSC Magnifica.

The cancellations are from November 8 until December 18. After the vessel has concluded her operations pause, she will resume again on a one-off Christmas Cruise and then continue her current 10-night itinerary across the Eastern and Western Mediterranean.

The restrictions that have affected France and Germany are of such a nature that travel to the vessel is almost impossible for guests from France and Germany, two key source markets for the ship’s 10-night voyages. These voyages call at destinations in Italy, Greece, and Malta.

Costa Cruises has announced that it would also suspend operations for its one-week cruises to Greece onboard Costa Deliziosa.

The announcement comes in the wake of the increase in travel restrictions imposed by the Greek government due to rising Covid-19 numbers.

Costa Deliziosa – which was underway for one-week cruises calling at Italian ports ended her cruise on November 7, in Trieste. The ship will then not sail for at least seven weeks, canceling departures on Nov 7, 14, 21, and 28 and December 5, 12, and 19. Costa Deliziosa is scheduled to resume operations on December 26, with an all Italian itinerary out of Trieste, Italy.

Costa Cruises is informing guests booked on the impacted voyages, providing them with the best offers available, in line with the relevant regulations.

Cruise Line Must Cancel Its Cruises to Nowhere

German-based TUI Cruises has announced it will stop cruises to nowhere as requested by the authorities in the country. The pause has been in place since Thursday and it means all cruises to nowhere from Kiel, Germany are now cancelled for the remainder of 2020.

It’s bad news for the cruise line as TUI previously announced that it would continue to offer cruises to nowhere. It came after the German government announced a lockdown that went into effect on November 2, 2020

TUI is informing all those guests impacted and will be offered other options. Those cruises to Greece and the Canary Islands are still taking place with new health measures in place.

If you missed all the updates from the previous week then head here. 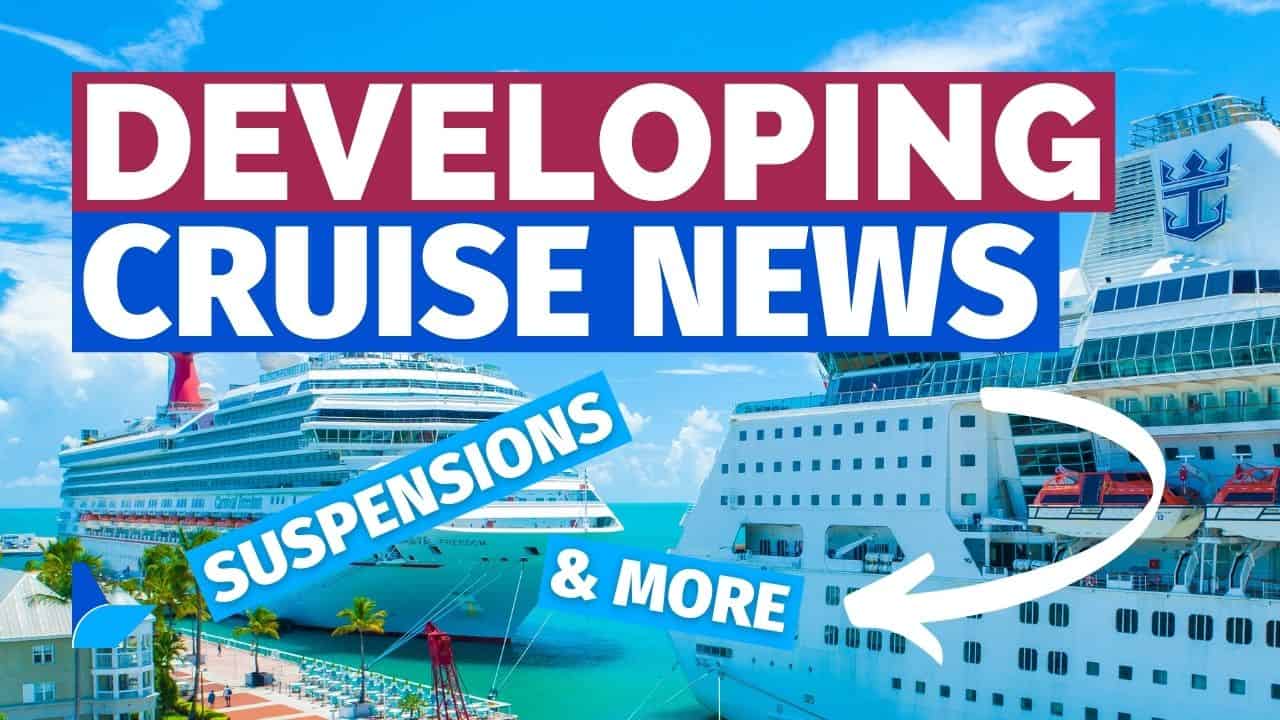