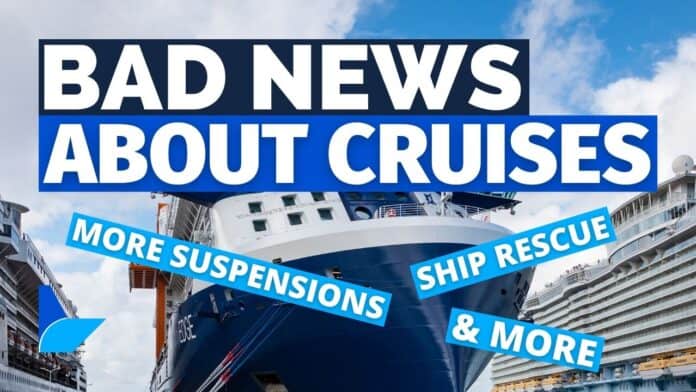 And the downbeat cruise news keeps on coming as the week has been full of further cancellations well into 2021. Let’s get into some of the biggest news stories from the week.

Plenty of cruise news this week as the cruise industry continues to be on hold and cruise lines in the U.S. work through the CDC Conditional Sailing Order. Carnival-owned cruise brands have announced further cancellations into 2021, Royal Caribbean-owned cruise lines have extended their cancellation policies, Carnival Ecstasy responds to a Mayday call in the Bahamas and a Celebrity Cruise ship that’s currently under construction in France has reached a major milestone.

With Carnival Cruise Line still developing its plan to meet the CDC Conditional Sailing Order framework it has decided to cancel all U.S. departures until February 2021. There is even more bad news as cruises are also cancelled from select U.S. homeports until March 2021 and Carnival Legend out of Tampa through March 26.

The initial return to service will be out of PortMiami and Port Canaveral in Florida. The Port of Galveston in Texas will then follow them. Other homeports in the U.S. will have to wait until March 2021 at the earliest including Baltimore, Charleston, Jacksonville, Long Beach, Mobile, New Orleans and San Diego.

Carnival Horizon is arriving back into the U.S. this week to prepare for the restart of cruises and be among the first ships in the fleet to do so out of Florida. Carnival Breeze will also return to the U.S. next week.

It is unfortunate that Carnival has cancelled more cruises but it’s so important to make sure when cruises do resume they happen safely and new health measures have been well tested first.

As already reported on Cruise Hive, the cruise line has also removed cruises that are longer than seven days out of U.S. ports through November 1, 2021 which is in-line with the CDC framework.

In the United States, the cruise line is needing more time to prepare the return of cruises. Time will be needed to follow the framework on the Conditional Sailing Order that was announced by the Centers for Disease Control & Prevention on October 30, 2020.

For operations out of Japan, it’s also not looking so good as Princess Cruises has suspended operations there through June 25, 2021. This is due to the uncertainty on when international travel restrictions might be lifted.

And of course, once one cruise line announces further suspension, the rest follow! Holland America Line will remain on hold through March 31, which means at the earliest, cruises won’t start to resume until April 2021. Also, following sister lines Carnival Cruise Line and Princess Cruises, Holland America has also removed longer cruises over seven days that depart from the U.S. ports through November 1, 2021.

Select longer voyages in Asia, Australia/New Zealand and South America through mid-April 2021 are also cancelled. Some of those departures will be rescheduled to comparable dates in 2022.

It’s all a very fluid situation, and the cruise line is currently developing new protocols to make sure guests and crew members remain safe when operations restart. Trial sailings will need to be done first, along with training the crew on new health measures.

On Tuesday Carnival Ecstasy cruise ship responded to a mayday call from a private yacht named “Balista” with a crew member suffering from severe injuries. At the time the mayday was picked up, the Carnival Ecstasy was anchored in the Bahamas and just four nautical miles away from the yacht.

The Captain of the Fantasy-class vessel immediately responded even though there was a vessel that was closer which did not seem to be responding to the mayday. Carnival Ecstasy notified all the relevant authorities including the U.S. Coast Guard, a normal procedure for these situations.

It was not a straight forward rescue operation due to 30-knot winds at the time. The 29-year-old injured male crew member on the yacht could not be transferred to Carnival Ecstasy immediately as it was a complex operation. The initial transfer needed to be aborted but he was eventually brought aboard the Carnival cruise ship via its rescue boat.

The injured crew member was evaluated and treated by the Carnival Ecstasy medical team. He did need further treatment on land so as a result, the cruise ship headed north to meet a U.S. Coast Guard helicopter for urgent medical evacuation.

Thankfully now, the crew member is receiving further medical care and we wish him a speedy recovery.

Royal Caribbean has decided to extend its flexible cancellation policy named “Cruise with Confidence” due to the suspension of operations and the uncertainty in travel worldwide. This will provide continued confidence for those planning a cruise vacation in the coming year.

So the Cruise with Confidence program can be used through January 31, 2021, which allows guests to cancel a cruise up to 48 hours before departure. Guests can receive a full credit of the cruise fare paid for a future sailing through April 2022 for Royal Caribbean International and through May 4, 2022, for Celebrity Cruises.

Currently, Royal Caribbean has suspended operations through December 31, 2020, while it sets out its plan on resuming cruises. The CDC framework for the Conditional Sailing Order was announced on October 30, and since then, cruise lines have been planning a return.

It is not as simple to resume cruises and Royal Caribbean, along with other major cruise lines from the U.S., will have to stress-test new health protocols first, along with crew training and more. Royal Caribbean has already requested people to apply to become a “Volunteer of the Seas,” and there has already been a huge interest.

And we finish up with some more positive news for a change! Celebrity Cruises has celebrated the keel-laying ceremony of Celebrity Beyond, the third edge-class vessel currently under construction at the Chantiers de l’Atlantique shipyard in France.

A traditional coin ceremony was held and the coin placed under the keel to bring good fortune to the vessel. Construction will now continue with more large blocks coming together to make the ship whole. There is still a long process with several milestones still to come including floating out onto the water for the first time, outfitting all the interior spaces, sea trials, and then finally delivering to Celebrity Cruises before maker her debut.

Celebrity Beyond is scheduled to be completed in Spring 2022 and hopefully, by then the cruise industry will be back to normal with guests enjoying the new ship.

So those were just a handful of the news stories from the week, you can check out even more over at our Cruise News page. Also, catch up on the cruise news from the previous week right here. 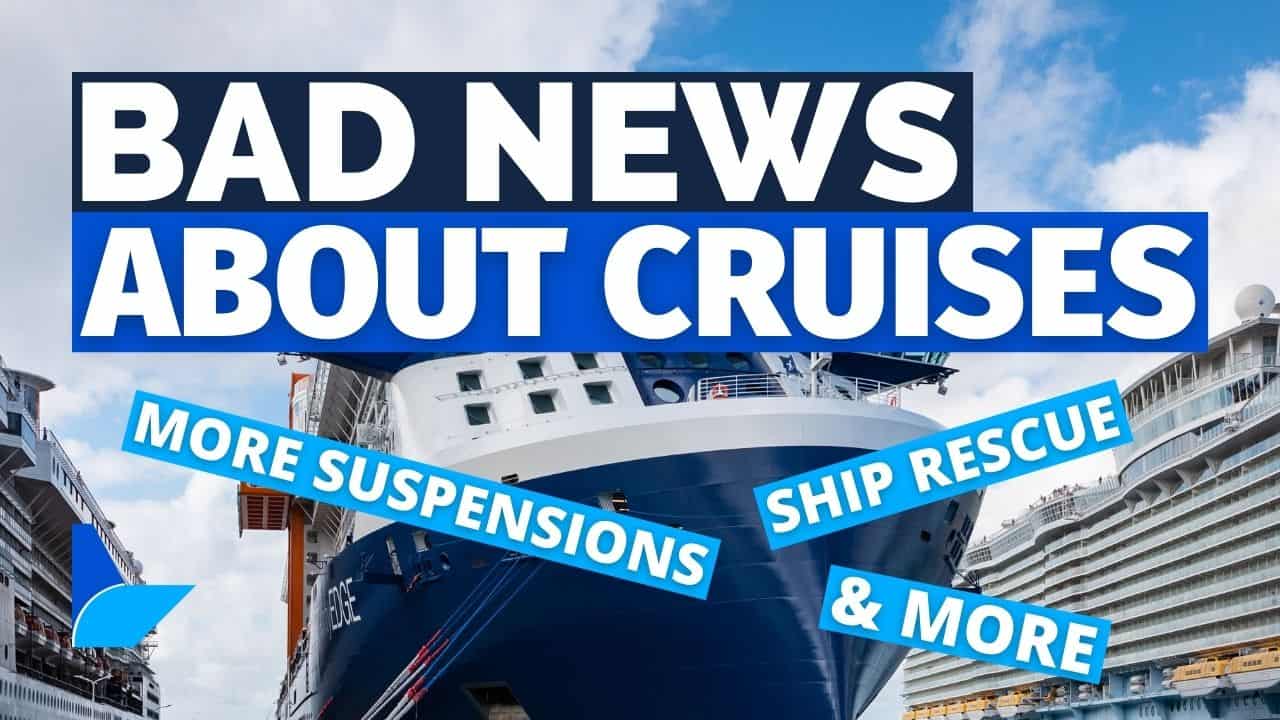