The 2014 FIFA World Cup in Brazil is almost upon us and the first game will kick-off on 12th June 2014 with Croatia playing against the hosts Brazil. If your going to be cruising at some point during the competition then you will need to know if your cruise line will be showing the games or not. Hopefully you’ll be able to wear your countries shirt with pride as you walk through the decks of your ship! The football/soccer world cup is the biggest single sporting event in the world so there’s a good chance most of the main cruise lines will be airing the games. We’ll give you the details we know about each major cruise line below:

MSC Cruises will be showing all 64 games in different bars and public spaces around the ship. As far as we know every ship in the fleet will show the games. The European based cruise line is partnering up with Sport 24 to show guests the games. The cruise line will also be putting on some special World Cup activities across it;s fleet including a  “Sailaway Pool Party World Cup Edition” in the build up to the first game of the competition.

NCL has also teamed up with Sport 24 to show world cup games. The only thing is that the cruise line won’t be showing all the games. Only major games will be showed in multiple venues across the fleet. Just keep your fingers crossed that your team will be featured onboard, it also depends how far your team will go in the competition as Cruise Hive is expecting NCL to definitely show the Quarter finals, semi finals and of course the final.

Costa does not guarantee that every game will be shown onboard its 14 ships because of the game times. the cruise line has also stated that it also depends on the nation playing. The games will be shown in different venues onboard including the pool deck and main theater. Costa is an Italian based cruise line and in that country people are very passionate about the sport so expect Costa Cruises to put on plenty of activities around the ship. Read More Details Here.

The British based cruise line has a football mad nation so there’s no doubt that the FIFA World Cup will be shown onboard all the ships in the feet. Cruise Hive does know that not every single game will be shown, only the most important games and major footballing countries. All the England games are pretty much guaranteed!

To the delight of passengers Princess Cruises will be showing all 64 games of the competition. The World Cup will be shown on nice cruise ships in the fleet and will air on the large movie screen on the open deck. The cruise line will also be putting on special activities around the ship throughout the cruise to get passengers into the World Cup fever.

Royal Caribbean have teamed up with Coca Cola to bring “The Coca Cola World Cup Party at Sea” program. The cruise line is offering a load of special activities and entertainment for its passengers. Oh yes and guests can even get an exclusive limited edition Coca Cola World Cup when purchasing a beverage package but this will only be available during the tournament. Royal Caribbean have not stated if all the games will be shown but for sure the main important ones will.

Asia’s leading cruise line will be showing all the World Cup matches across its fleet. The cruise line plans on making the sport a big feature with special activities for guests and even Brazilian food. Guests can also let loose in a Brazilian style dance class.

Carnival Cruise Lines has yet to officially reveal its World Cup details along with Celebrity Cruises and a few other popular cruise lines. We’ll update this page once more information is released. 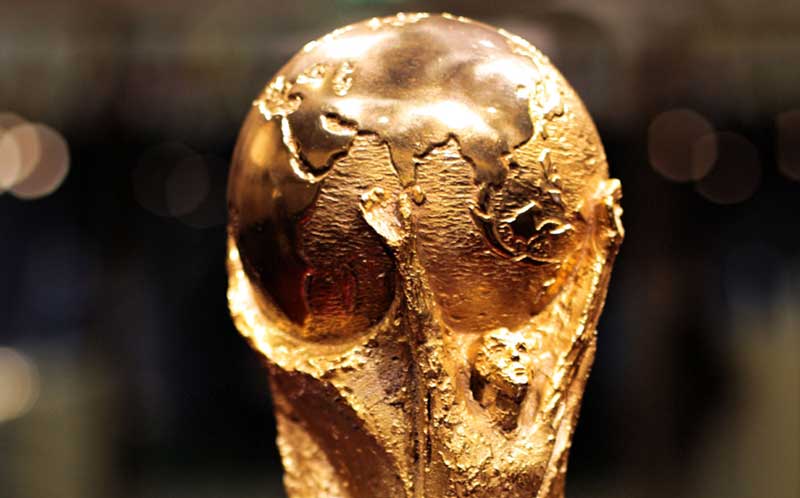