Costa Cruises which is one of the few cruise lines that have actually resumed operations has cut short Costa Diadema’s cruises and seven passengers tested positive on a previous cruise.

The Costa Diadema which was the second ship in the fleet to resume cruises since the suspension was first implemented in March 2020 has been forced to head directly back to Genoa, Italy. Guests on a previous voyage also tested positive for the virus.

According to ShipMag, seven guests had tested positive for COVID-19 after they disembarked the Costa Diadema at the Port of Palermo, located on the northern coast of Sicily. The guests were apparently tested as part of the health measures in place by the cruise line on a previous cruise.

Earlier in the week, it was also reported that the health authorities in Genoa requested that all crew members undergo a swab test just to on the safe side.

The result did come back negative and that next voyage was allowed to depart after permission was given by health authorities. This was after the infected guests had disembarked and at the end of the previous cruise.

In a statement from Costa Cruises to the site:

“The highest responsibility and priority for Costa Cruises is compliance with regulations, environmental protection, health, safety and well-being of our guests, the people and places we visit, and our crew.”

It has also been decided to cancel the current voyage which is apparently a chartered cruise to France and with only French passengers onboard. According to the Cruise Ship Tracker, Costa Diadema is currently heading back to her homeport of Genoa.

The cruise has been cut short and it is likely guests will disembark once back in Genoa after undergoing further tests as part of health protocols.

The cruise line went on to say:

“in view of the epidemiological situation in France, we decided to end early the ongoing cruise of Costa Diadema, which Costa is operating on behalf of a tour operator French, with only French passengers on board. This responsible choice was made in order to allow passengers to safely return to their country of origin and ensure the health of our crews and the communities we visit.”

Costa Diadema is expected to arrive in Genoa on Friday. The ship first resumed sailings on September 19, 2020. She offers Western Meditteranean cruises with calls to Civitavecchia/Rome, Naples, Palermo, Cagliari and La Spezia based out of Genoa.

It’s not confirmed if the one-time chartered voyage was cancelled as a result of the guests testing positive on a previous cruise or due to the huge increase in cases of COVID-19 sweeping across France. The country reported over 30,000 new infections on Thursday so Costa may have just cancelled the voyage to be on the safe side.

The ship is 132,500 gross tons with a guest capacity of 4,947 but with new health measures in place, the ship is not sailing at full capacity. There are also 1,253 international crew members.

Worth Reading: Cruising Is Back In Europe, But What’s It Like?

This is the new reality the cruise industry now faces and even though some cruise ships are resuming service it’s very different from the cruising we knew before. 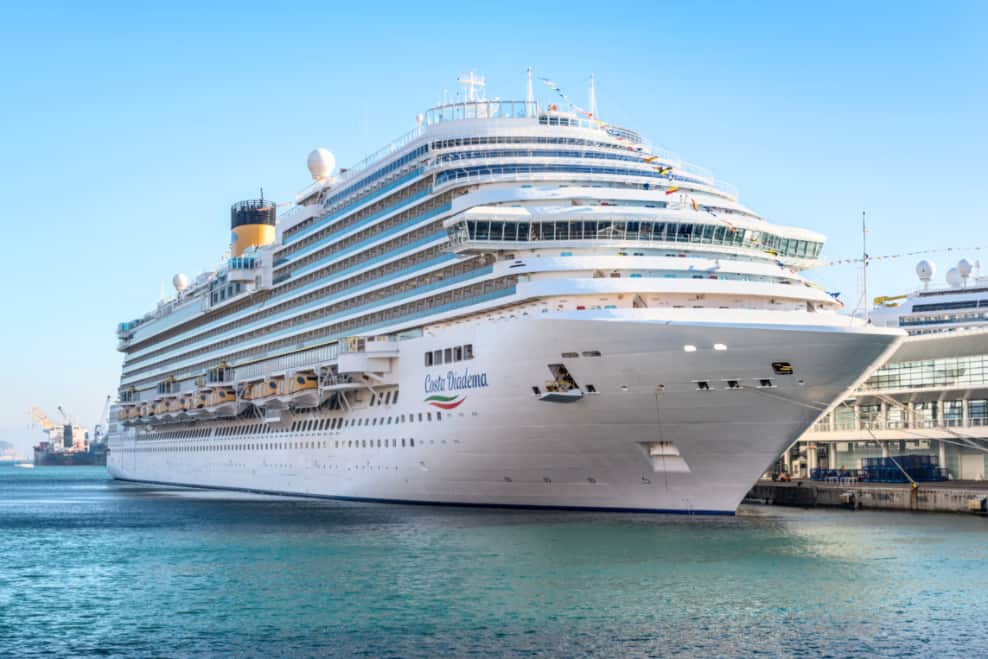