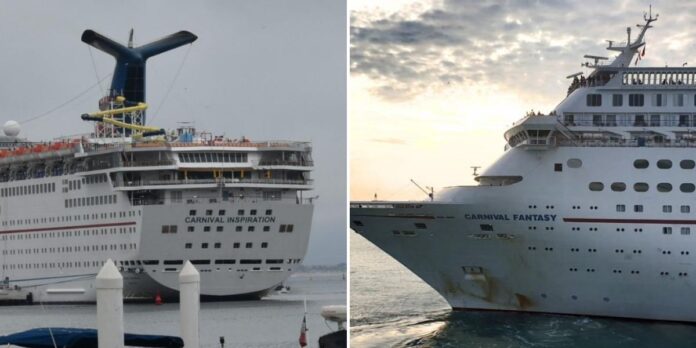 Current and former crew members share their memories of Carnival Inspiration and Carnival Fantasy as both ships have been sold for scrap.

Now that we know what will happen to the Carnival Inspiration and Carnival Fantasy, many guests who experienced the vessels have already been sharing their memories. The same goes for crew members who spent so much time working on these ships, making new friends, and even finding partners.

Let’s take a look at what some of what they have reflected on which was posted by Carnival Cruise Line:

The first time I boarded Fantasy, I had never seen such an impressive atrium – and all the blinking lights along the promenade.  I was in awe!  I’ll always remember the formal nights in the Cats Lounge, then heading next door in the Electricity Discotheque.

Inspiration was equally impressive – loved the seven-day sailings from San Juan and stopping in Barbados.   That was the first time I saw Brett Allan’s famous bird show.

I joined Carnival Fantasy in the shipyard in Finland, and was simply fascinated when I boarded – it was so huge I thought, “Wow, will this thing really float?”  When we left the yard, we needed ice breakers to sail and it was a very rough journey to Miami.

I remember Captain Gavino telling me that we didn’t have communication with the office for a few days and when we finally connected, they asked “Where are you?” as in those days we only had the radio room.  So many memories. She was such a special ship to me and the reason I have stayed with Carnival for more than 30 years.

I was in the back seat of Cruise Director Gary Hunter’s Bronco when we passed Bayside and headed over the bridge that leads to PortMiami. I was a 22-year-old social host and already showing signs of becoming a “buffet slayer.”  And there she was. Gleaming and huge, her whale tail proudly standing taller than anything on the other ships docked with her.

I was privileged to be on her first cruise and later on to become her cruise director.  Some of the best times in my life took place on Carnival Fantasy and I made many lifelong friends.

Carnival Inspiration was my first Fantasy class ship. l wanted to go back to this ship and I even had filled up a request form specifying my return. But, life must go on and my memories with her will never be forgotten.

On board Carnival Fantasy I met the girl who would later become my wife in 1997.  My wife, MariaElenea, was an assistant shop manager when we met and then became one of the first corporate trainers. We are very both sad that Carnival Fantasy is leaving the fleet.

Pero and I met on the Fantasy in 2001. I was a dancer and Pero was a 3rd Officer. Only one stripe, he had hair, and we were both skinnier!   We married in 2009 and now have two beautiful children together. Our girls love cruising with daddy and can’t wait to cruise again.

Carnival Inspiration is favorite ship that was under my command for the past seven years. Over the years, I’ve developed a strong ‘ti voglio bene’ fondness toward a trusty, well-founded and distinguished lady, our Carnival Inspiration.

She was more than just a ship, as she was the foundation of where friends and colleagues became family, where problems turned solutions, and where performance excelled beyond expectations. She has been my home away from home as I have proudly captained her, and it is with a heavy heart and unparalleled sentiment that I bid her an emotional farewell.

I was part of Carnival Fantasy’s inaugural team in 1989 as a 3rd Officer and returned to the ship in 2006 as captain the first ship in New Orleans back post-Katrina.  I remember arriving in Helsinki the very day the shipyard declared bankruptcy.

It was a national disaster as the yard was the major employer in the country. It was an interesting start up for me, and it was also the first time I actually walked around buoys and crossed lakes walking the surface (it had nothing to do with superhuman powers but rather the brutal Finnish winter).

When we left Finland, everything was frozen — icebreakers had to be used. The crossing was quite rough and we were delayed two days from our arrival in Miami. During the crossing I learned the might of the Atlantic in winter. Carnival Fantasy 1989-2020. Thank you for the wonderful memories.

In 1991, following a hurricane the Mardi Gras got stuck in Nassau harbor and arrived 10 hours late to port.  Since we had extra time in port, we ended up meeting the “star” ship at the time, Carnival Fantasy, as she sailed in.  I went onboard for a tour.

It was my first contract as cadet purser, and I had never seen anything so beautiful and so BIG.  They had to drag me back to the Mardi Gras kicking and screaming, when it was time to sail.  Thank you Carnival Fantasy, for all the years of happiness to millions of guests and generating incomes for innumerable crew families across the globe.

It was an honor to have been at the helm of our oldest vessel considering that we started working together for Carnival around the same time and we both have lots of stories to share with each other.  Farewell, Fantasy and Inspiration – it is like a part of my heart is gone with them.

I was involved during the Fantasy construction as safety officer and it was quite an adventure as the yard where she was being built went bankrupt. Soon after was promoted to staff captain and had a blast under the command of Captain Gavino and Captain Francolla.

Fantasy was also my first ship as captain in 1996 so I was excited to be on the very ship I helped launch. Last but definitely not least, on the Fantasy I met a wonderful person who would become my wife and mother of my children. As you can see, Fantasy has touched my life in many different ways as she did for thousands of satisfied and loyal Carnival guests. It is sad to see her go.

Also Read: Looking Back at the Carnival Fantasy Cruise Ship

The Two Ships Have Reached the End

We’ve been keeping an eye on the two Fantasy-class cruise ships ever since parent company Carnival Corp announced that nine vessels would be disposed of over 90 days before the end of the year. The total number of Carnival-owned ships departing is now 15 as reported here.

Carnival Fantasy which entered service in 1990 was beached at the Aliaga ship breaking facility in Turkey for scrapping on July 29. Her sister ship Carnival Inspiration which entered service in 1996 is currently sailing towards the facility and is also set to be beached in the coming days. You can read more about the ships being scrapped right here. 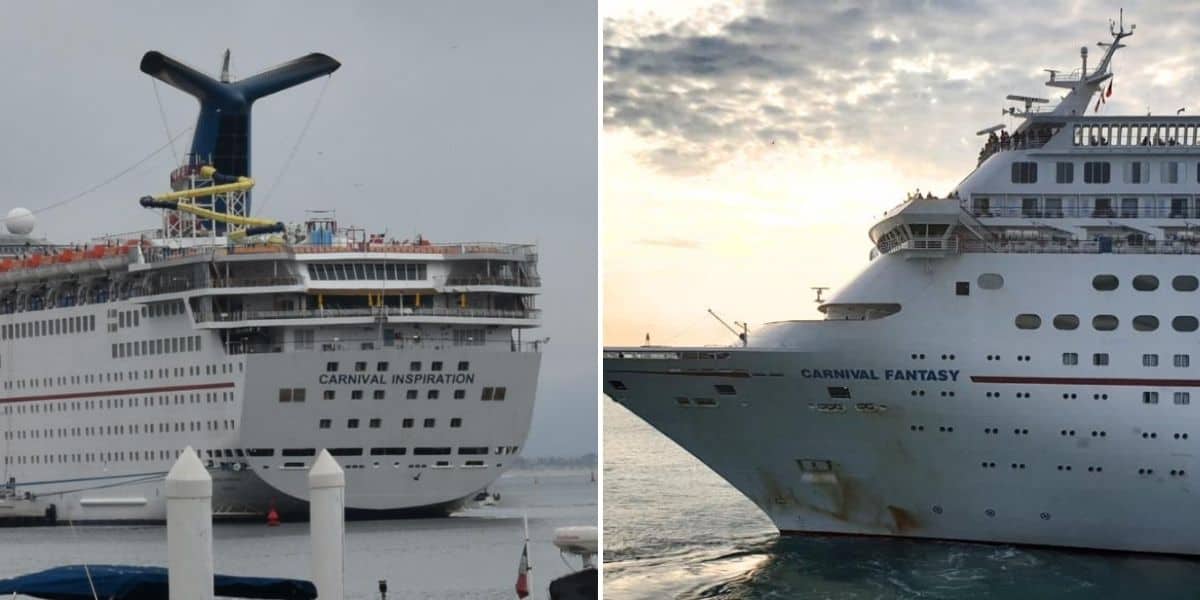