Crew members begin to arrive for the newest cruise ship which is about to enter service for TUI Cruises.

In preparation for the new cruise ship for German-based TUI Cruises, all the crew members have started to arrive. Mein Shiff 6 is in the final stages and all the interior spaces are taking shape along with the crew setting up their departments ready for the maiden voyage.

Many of the department heads and essential members have already been onboard for weeks but now the remaining crew is arriving. Over the past few day, they having been moving into the crew cabins and more than 70% of them already know each other due to contracts on previous TUI ships.

The ship is currently at the Meyer Turku shipyard in Finland and just in case you were interested more than 51,000 towels and 12,200 individual pillowcases and bedspreads have been ordered. The crew also had a chance to enjoy a pool party before getting down to the grind of work. There are 50 different nations onboard which is just amazing. 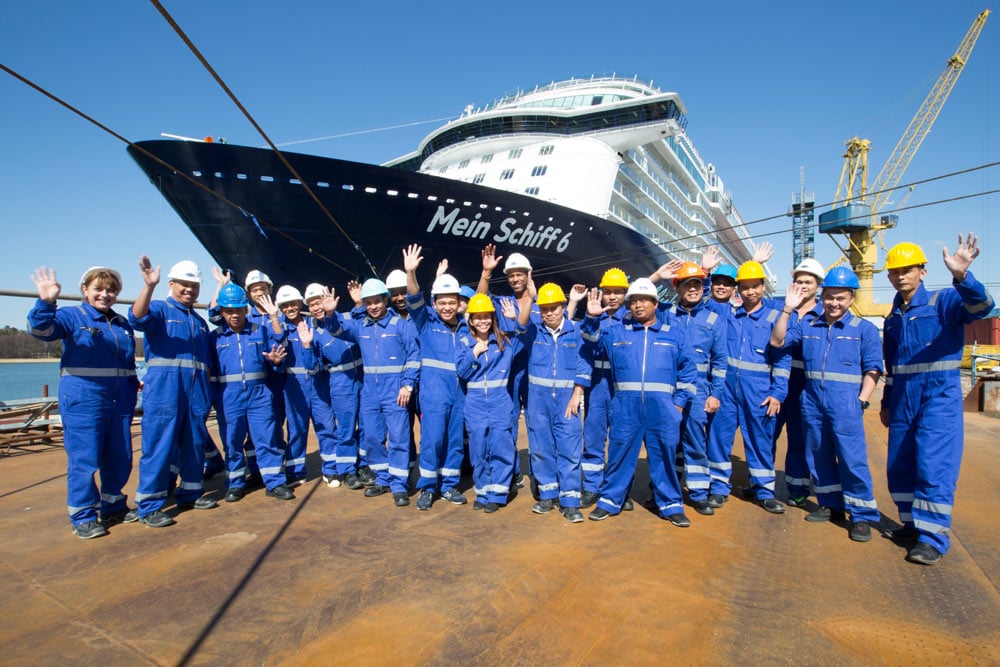