Over two weeks ago the Costa Fascinosa had a lot of onboard damage from bad weather that hit the ship. Many cruise sites reported on it and most got photos and a video from a crew members Facebook page who was working on the cruise ship at the time. You can read Cruise Hive’s previous report.

The ship heavily listed on one side and according to reports the captain announced for passengers to put on life jackets as he lost control of the ship. 90 mph winds were hitting the ship while it was sailing towards the Greek islands from Venice, Italy.

Well now according to the popular Cruise Law News site that is operated by maritime lawyer Jim Walker that crew member has now been sacked from Costa Cruises. Not just that but all the photos and the video he posted on his Facebook timeline have now been removed. The footage and photos showed smashed plates and spilled food all over the ships galley. The crew also seemed shocked at all the damage.

The crew member in question is Jimmy Hernandez and he was a pastry chef onboard the 114,500 ton Costa Fascinosa. It does now seem from his Facebook page that he is now home in the Philippines with his family and looking for new employment.

Below is the video footage that was posted to Facebook by Jimmy Hernandez, it has now been re-posted to YouTube by another crew member:

There is now also more video footage from YouTube that seems to have been filmed by another crew member working in the ships dining room. It shows dining room staff cleaning up all the smashed plates and glasses after the ship got hit by strong winds. One crew member even says in the video “We Survived”:

The big question is, should the crew member have been sacked from posting on his Facebook timeline for the entire world and cruise sites like this to report it. Well as I’m the editor of Cruise Hive and did in fact work onboard Carnival ships for over 8 years it is surprising that Costa took this action. This is what happens in China when the government doesn’t want its citizens posting photos, videos and content that makes them look bad in any way.

Usually when a crew member is sacked they given an early morning wake up call by the ships security staff who then give the crew member around 30 mins to collect all belongings and pack. Security then escort them off the ship and to the airport. All fellow crew members will see whats happening and gossip about it throughout the voyage. Does this crew member in question really deserve this? 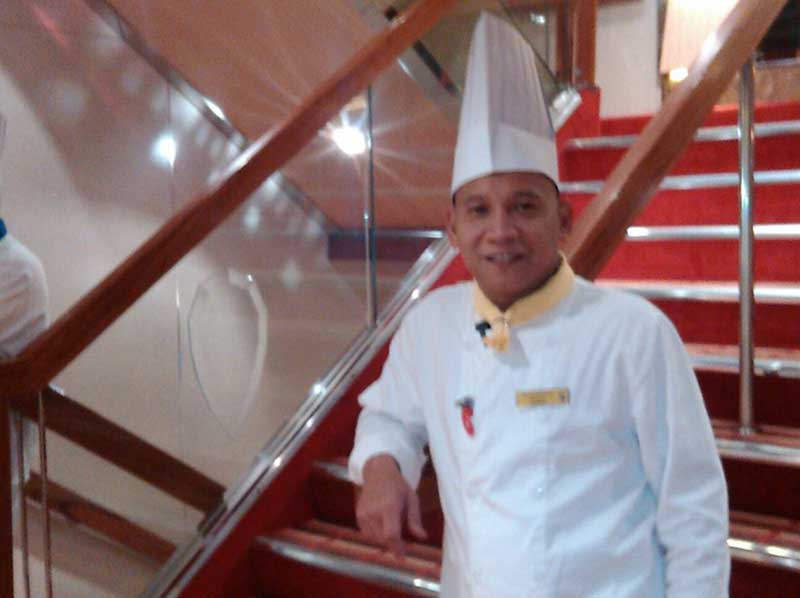