Local troopers have stated that Human remains matching the crew members description have been found near the east side of Horse Island in Juneau, Alaska. Sate troopers have said that sport fishermen spotted the body at around 4:30 PM on Friday. It’s not yet known why the crew member jumped overboard.

Cruise Hive is sad to report that a crew member has apparently jumped overboard an NCL cruise ship in the early hours of Thursday morning.

So far only two sites are reporting the tragedy, they are the Daily Journal and Cruise Law News. The crew member went overboard from the Norwegian Sun which is operated by Norwegian Cruise Line. The ship was sailing an Alaskan cruise at the time and was just south of Douglas Island in Juneau.

The U.S. Coast Guard stated to the Daily Journal “footage from the security system of the Norwegian Cruise Line ship shows the crew member jumping overboard without a life jacket at 4:16 a.m. Thursday. The search was suspended shortly after 10 p.m. Thursday.”

The Norwegian Sun is 77,100 gross ton vessel and is sailing a 14-day cruise around Alaska. The voyage departed Seward, Alaska on June 29th and is scheduled to arrive back on July 13th.

Cruise Law News mentions that recent crew member deaths have not received any press or media coverage. Should crew members get more media coverage when it comes to tragedies like this? let us know in the comments below. 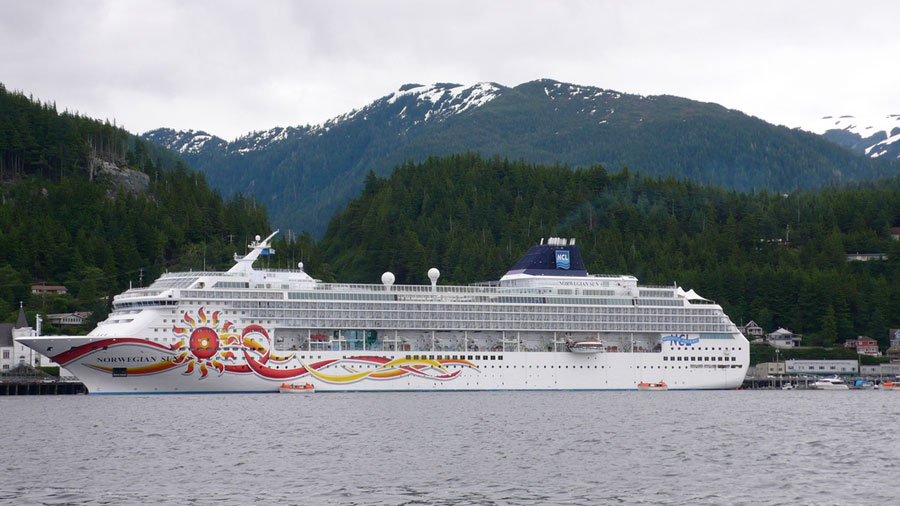