Authorities have called of the search for the missing crew member. There is no chance of survival in the water for such a long period of time. After the search the Queen Mary 2 continued on course for Halifax, Nova Scotia where it’s scheduled to arrive on Monday, August 17th. Cruise Hive’s thoughts are with the family and loved ones of the crew member.

Search reductions are granted after careful consideration and all probable chance for survival is exhausted.@CBCNews @globalnews

Survivability model considers factors such as water temperature, sea state and the type of clothing the individual was wearing @CFOperations

The Queen mary 2 and container ship Milan Express have been searching the area for the overboard crew member. Foggy conditions had not permitted any air support.

It’s being reported that a crew member has gone missing from the Queen Mary 2 cruise ship and “clearly” overboard.

A crew member from the Cunard Line operated cruise ship went missing sometime this morning, August 15th. The cruise line has stated that the yet unnamed crew member has gone overboard the 150,000 gross ton ship early on Saturday morning.

As soon as the crew member was known as missing the large vessel turned around to back track its course for searching. Foggy conditions are slowing the search efforts down. QM2 was sailing across the Atlantic Ocean towards the East coast of Canada went the crew member went missing.

Cruise Hive has received a statement from Cunard Line:

A search is currently underway for a missing crew member on Queen Mary 2. We have clearly established that the crew member went overboard earlier this morning. The ship is off the coast of Newfoundland and has now retraced its route to search for the crew member. We are working closely with local authorities. The  ship is scheduled to arrive in Halifax on Monday August 17.

The Queen Mary 2 departed its homeport at Southampton, UK on August 11th and is expected to arrive in Halifax, Nova Scotia on August 17th. It’s not yet known if the ship will be delayed.

This is a developing story so will update this post once we know more. 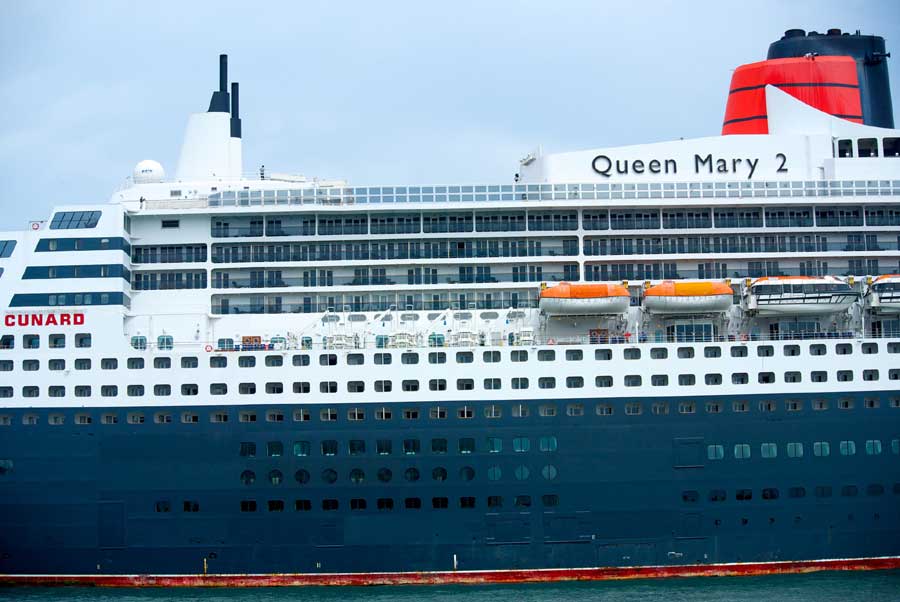